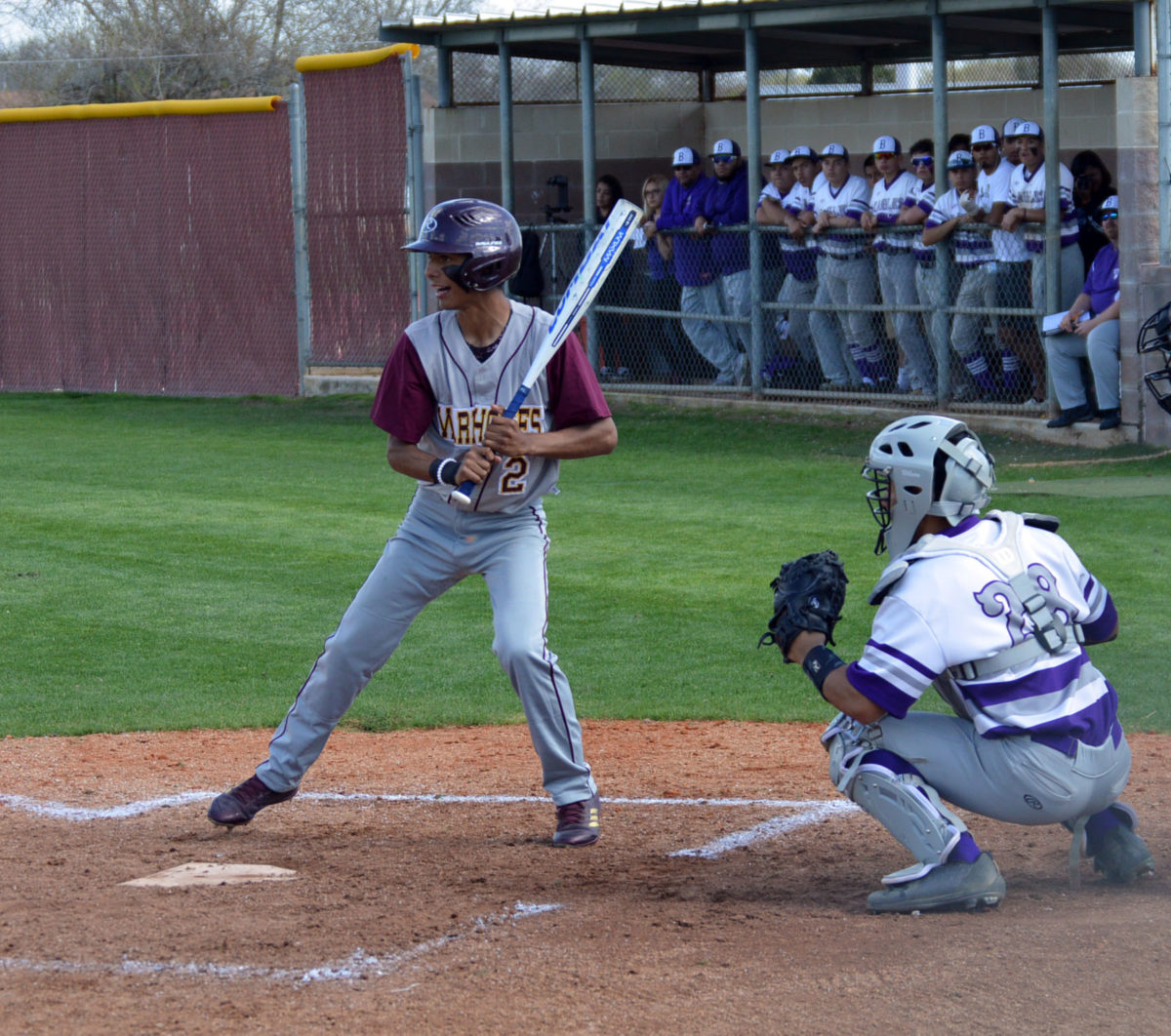 In the first weekend of March, Devine hosted the Warhorse Baseball Classic. The Warhorses made quick work of Dilley in their first game beating them 8-0. It was in the bottom of the 2nd when Devine scored 6 quick runs. With two outs, Isaac Solis hit a fly ball to center field and Dilley had an error allowing Jerrod Taylor and Isaiah Oropeza to score. Another error at center field off of Dalton Kramer’s fly ball allowed Kyler Brown, Chad Lawson and Newt Crouch to score. The final run of the inning came the next play when Truett Barron hit a run allowing Kramer to score. Dilley was not able to answer and bottom of the 5th was when Devine sealed the game scoring their final two runs off a line drive from Kyler Brown binging home Matt Ornelas and Brady Harrell.
Canyon Lake was next to fall to the Warhorses with a final score of 8-1. Canyon Lake was the first to score in the third inning but Devine answered in the fourth with 5 runs. With bases loaded Barron singles brining home Solis and tying the game 1-1. After Schmidt walked forcing Crouch from loaded bases. Jerrod Taylor hit a pop fly to bring home Kramer, Gherig Runyan, and Lawson. Devine lead 5-1 at the end of the 4th. Devine scored its final two runs in the bottom of the 6th when Canyon Lake’s third baseman had an error allowing Ornelas and Lawson to score. Solis hit a fly ball and Oropeza crossed home making the game 8-1.
Devine opened their game against Brackenridge with 3 quick runs in the bottom of the first inning. After Kramer hit a line drive allowing Solis to score, Crouch stole home, and Kramer scored off of Ornelas hit a line drive. Bottom of the second, Crouch singles advancing loaded bases and Oroeza scores. Bases still loaded, Ornelas hits a strong single and Solis advanced home. Last run of the inning came when Crouch stole home. Bottom of the 4th, Lawson made it to second after an error by Brackenridge’s second base man and Kramer scored Devine’s 8th run. One out, Oropeza sacrificed a fly ball to bring home Ornelas. Now with two outs and a runner on first and second, Brown singled and Schmidt scored the final run of the game. Brackenridge finally scored three runs in the top of the 5th but couldn’t catch up with Devine’s strong lead.
In the final game of the tournament, Devine was beat by Hallettsville 1-9. Hallettsville scored 8 of their runs in the first three innings and Devine’s one run came late in the 6th when Lawson hit a ground ball and Ornelas scored when their shortstop couldn’t get the ball quick enough.
With 3 wins and one loss it put the Warhorses in second place and it was a great tournament overall for them. In the 4 games the Warhorses stole 10 bases, 36 singles, 3 doubles, 18 RBIs and only 8 errors. Batting totals for the tournament were Connor Schmidt went 6 hits in 12 at bats, Isaac Solis 8 for 13, Isaiah Oropeza 2 for 10, Kyler Brown 5 for 12, Chad Lawson 1 for 3, Brady Harrell 1 for 2, Matt Ornelas 5 for 10, Jerrod Taylor 3 for 10, Dalton Kramer 2 for 13, Newt Crouch 6 for 12, and Truett Barron 3 for 11. Schmidt, Lawson, Crouch each had 1 RBI, Barron, Kramer, Ornelas 2 RBIs each, and Oropeza, Taylor, Brown each had 3 RBIs. Seven different Warhorses pitched in the four games. Solis threw 44 strikes in 67 pitches, Schmidt 54 strikes in 81 pitches, Brown 44 strikes in 66 pitches, Runyan 48 strikes in 81 pitches, Barron 25 strikes in 47 pitches, Oropeza 14 strikes in 25 pitches, and Harrell 20 strikes in 33 pitches. In the 400 pitches thrown 62% were strikes. This weekend the Warhorses will head to Somerset for another tournament.
“I thought we responded well from our last tournament and finished 2nd behind Halletsville. We hit the ball well, played good defense, and pitched really well in our three wins. Our 4th game vs Halletsville, we didn’t do so well as the first three games but we competed hard. That’s all I ask of my players. Isaac Solis pitched a no hitter with 9 K’s vs Dilley, Connor Schmidt pitched a 2 hitter with 10 K’s vs Canyon Lake, and Gehrig Runyan pitched a great game vs San Antonio Brackenridge to get the win. Isaac Solis and Connor Schmidt made the All Tournament team for the 2018 Cross the Creek Classic.” – Coach George Villa Jr.
Baseball stats taken from gamechanger.com
By Dicy Chambers
Sports Writer