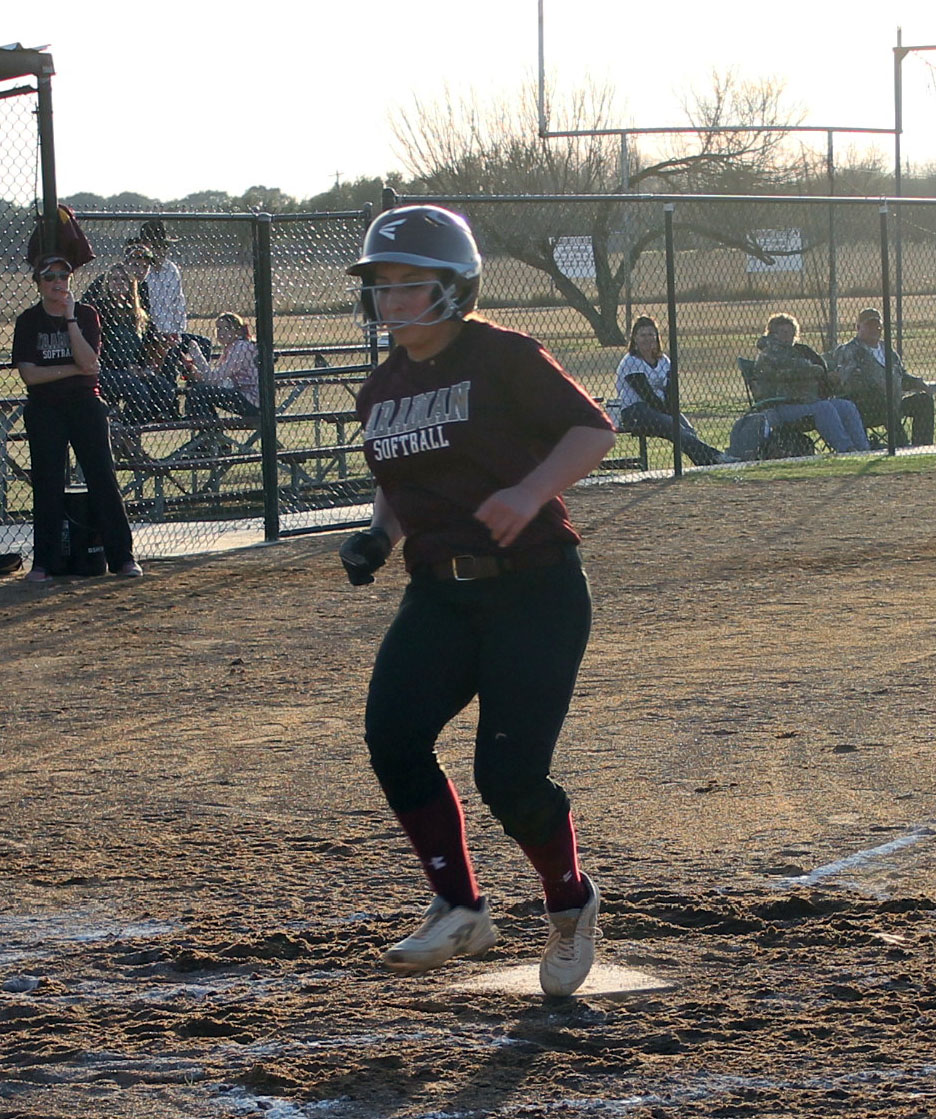 In the Jourdanton softball tournament, the Arabians brought home second place after two days of tough games. Starting off pool play and a loss against Natalia, Devine turned it around and Taylor Carr pitched a shut-out against Sabinal and hit the game winning RBI. Cameron Yoe fell to the Arabians and Isabella Gutierrez pitched a no hitter. In the final game of pool play on Saturday, the Arabians fell to Marion but earned 4th place in the play off bracket.
Playing the first seeded team, Karnes City, Halle Hagdorn hit the game winning home run late in the game to knock Karnes City out of the tournament. In the final game Devine lost but still earned second place. Kendall Archie and Isabella Guitierrez were awarded all tournament honors.
Arabians fall to Jourdanton
After the bees were cleared, the games got underway. The Arabians for the most part played a solid game creating only three (costly) defensive errors. As a team the Arabians earned a hitting percentage of .429 with 11 singles, 3 doubles and 1 homerun. Jeanette Rios, Jessie Ramirez, Kendall Arche, Arieana Ramirez, Halle Hagdorn all hit .500 for the game and Megan Runyan recorded her first Arabian homerun.
“Devine had a lot of offense tonight but our hits were to spread out stranding 11 Arabian base runners. Friday night we were not able to overcome our mistakes and with a final score of 10-6 Jourdanton won,” said Coach Mark Mangold
The Arabians head to McCollum Friday night and then Lytle Tuesday. Games start at 5pm.
By Dicy Chambers
Sports Writer