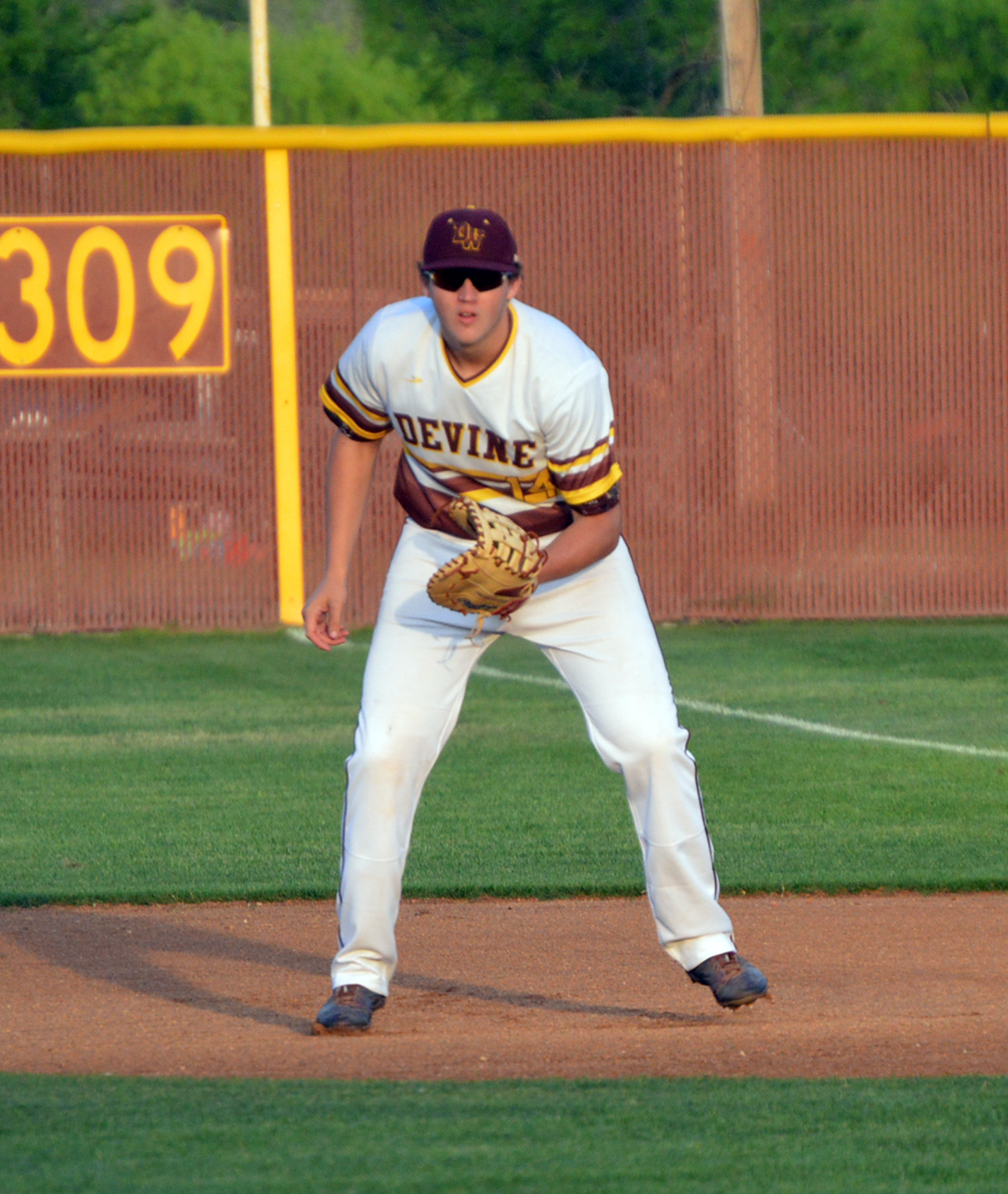 Last Tuesday the Varsity Warhorses played Pearsall and won 9-0 in Pearsall. It was a great game for pitcher Connor Schmidt who pitched a no hitter with 56 strikes in 71 pitches. The Warhorses only had one error in the impressive victory.
The first inning was quick with 3 up and 3 down for each team. But Devine took their first run when Chad Lawson singled allowing Matt Ornelas to score. Pearsall had another quick 3 outs in the bottom of the second. In the top of the fourth, Devine extended their lead to 6-0 starting with a single from Lawson and Ornelas scoring. A bunt from Tristan Kramer turned into a run scored from Jerrod Taylor. Brady Harrell hit a ground ball to second and was put out but Lawson scored. Kyler Brown singled for another run from Kramer. The last run of the inning came when Connor Schmidt singled to center driving home Brown.
The game continued with no runs scored in the fifth and then Devine added to its lead with one more in the sixth when Barron hit a double bringing home Newt Crouch. Top of the seventh Crouch singled with 2 runners on base and Kramer scored. Schmidt singled the next play and Joseph Guajardo scored. Pearsall wasn’t able to score in the bottom and the game ended 9-0.
Along with his no-hitter Schmidt had 2 singles; Brown 1 single, 1 RBI, 1 run; Kramer 1 single, 1 RBI, 2 runs; Guajardo 1 run; Crouch 2 singles, 1 RBI, 1 run; Lawson 2 singles, 2 RBI, 1 run; Harrell 1 RBI; Ornelas 1 single, 2 runs; Taylor 2 singles, 1 run; and Barron 1 single, 1 double, 1 RBI.
In a non-district game against Boerne, the Warhorses lost 9-7. It was a tough match for the Warhorses when Boerne took the early lead in the first with two runs and then four more runs in the third. Devine came back in the bottom of the fourth making the score 6-4. Boerne scored one run in the sixth, seventh and eight innings and Devine had 3 runs in the seventh. The Warhorses played a strong game but could not come from behind for the win.
Connor Schmidt had 2 singles, Isaiah Oropeza 1 single, Kyler Brown 1 single, Tristan Kramer 1 single, Newt Crouch 2 singles, and Jerrod Tayler 1 single.
The Warhorses played their final game last night and then will head into play offs.
By Dicy Chambers
Sports Writer