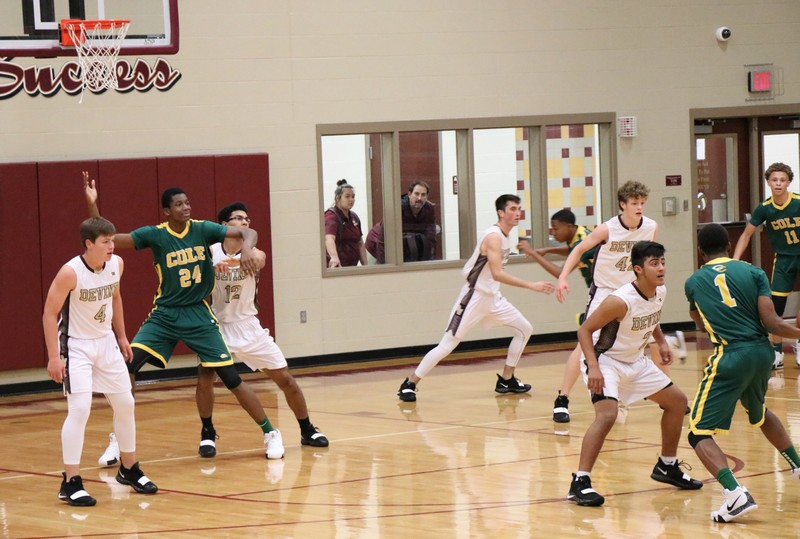 In their first game of the season, the Warhorses lost to SA Cole on Monday night. Coach Paul Wells and his team faced their tough opponent at Cole and Devine lead at the end of the first quarter 14-11 but could not hold their lead the rest of the game. The Warhorses continued to play hard and made Cole work for their win. Scores by quarter: Q1 14-11, Q2 20-23, Q3 30-40, Q4 48-54.
Leonard Pompa sank one 3 pointer. Dalton Kramer had 9 points with 1 three pointer. Kam Adams had 14 points with 2 three pointers. Justin Contreras had 8 points and shoot 4/4 free throws. Brady Cardenas had 7 points and Cash Walker had 7 points. No Warhorses fouled out but they only shot 50% of their free throws.
“We lost 48-54. We played very tentatively. We need to play with more grit and be aggressive,” said Coach Wells.
The Warhorses will face Natalia in their gym on Tuesday, November 27th with games beginning at 5:00 pm.
By Dicy Chambers
Sports Writer