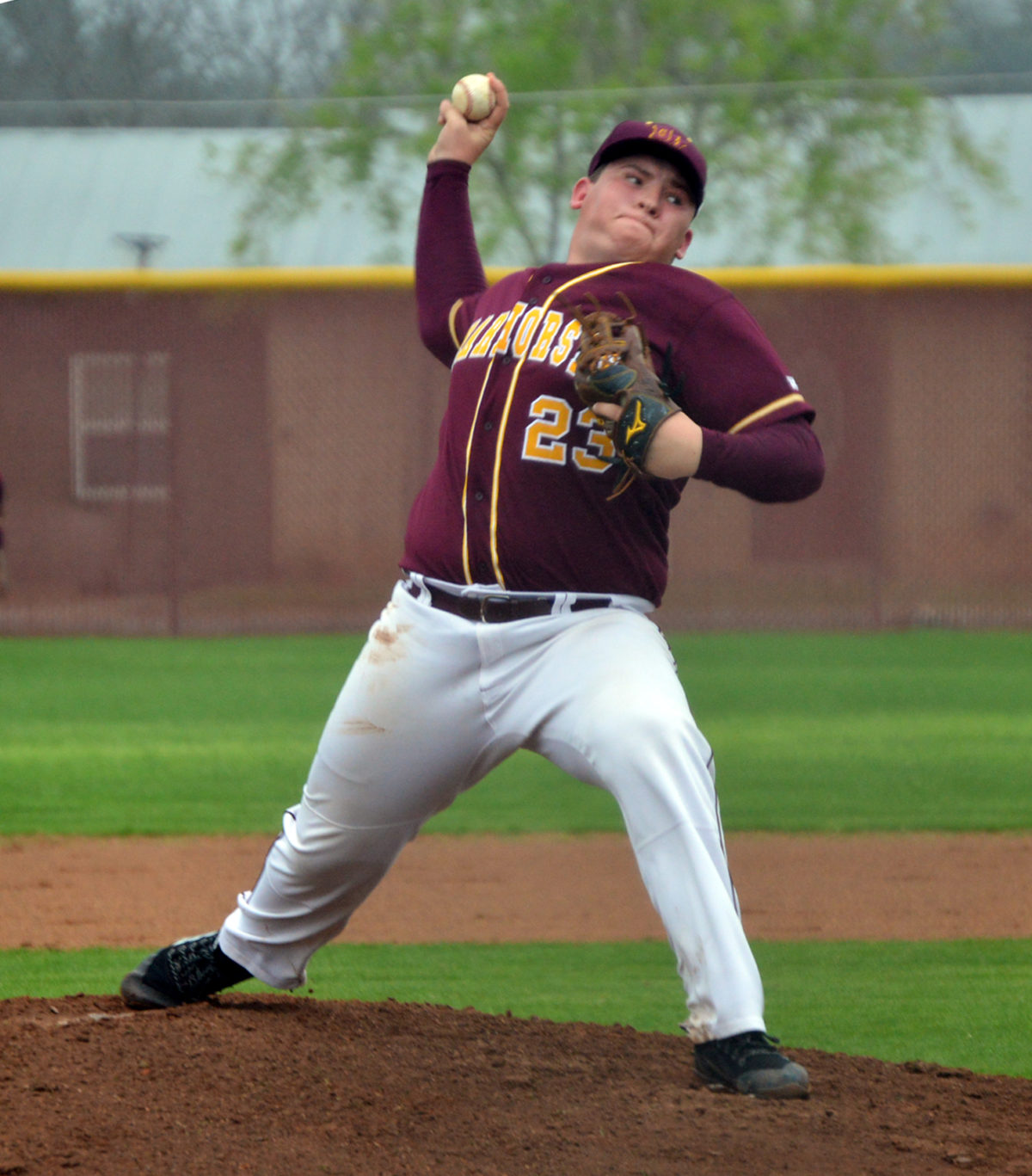 The Somerset tournament was a tough set of games for the Warhorses but it was also a building and learning experience for the team. Loosing their first three games against San Antonio Christian, Floresville and Medina Valley, the Warhorses ended with a big win over Somerset.
In the first match against San Antonio Christian, the Warhorses took an early lead at 2-1 in the bottom of the 1st but SA Christian answered with 5 in the top of the 2nd. Three of their five runs came off a home run with 2 players on bases. Devine was able to close the score gap in the bottom of the third when Connor Schmidt hit a double to bring home Newt Crouch and then Chad Lawson singled to center and Schmidt rounded home. SA Christian had 5 more runs in the top of the 4th and the game was called after Devine did not respond in the bottom of the inning.
When Devine faced Floresville, the game was close until the bottom of the 6th when W. Lawley of Floresville hit a bases loaded home run to win the game. The final score was 2-6. Devine’s first run came when Crouch hit a ground ball and Kyler Brown crossed home. When Lawson hit a line drive, Crouch scored Devine’s second run in the top of the 6th.
Medina Valley was another game lost in the last inning. The score was tied 1-1 until the top of the 6th when Medina Valley scored 3 and Devine was not able to answer. The final score was 1-4. Lawson sacrificed a fly ball to allow Crouch to score for Devine’s single run in the 4th.
In their last game of the tournament against the home team of Somerset, Devine was fueled by their prior losses and beat Somerset 8-7. Devine opened the game with 2 runs in the top of the 1st. With Brown on third and Isaac Solis on first, Crouch singles bring home Brown. Then with Solis on third, Crouch on second and Schmidt on first off of his own single, Lawson singled for Crouch to score and Schmidt was caught running for the third out. Somerset was able to score one run in the bottom of the 1st and one in the 2nd to tie up the game until the bottom of the 4th when they scored 4 runs in that inning making the score 2-6. Top of the 5th, the Warhorses’ Brady Harrell scored on a wild ball. Then with Brown on second, Solis on first, Crouch hit a double to bring home Brown. Score now 4-6. With Crouch and Solis on bases, Truett Barron hit a strong double to bring both teammates home and tying the game 6-6. Bottom of the 5th was when Somerset scored its 7th run and the game’s lead. But it was Somerset’s error at center field that allowed the Warhorses to score a run to tie the game at 7-7 in the top of the 6th. Solis scored off the error and Crouch advanced to third. With GherigRunyan at bat, he singled a line drive to right field and Crouch crossed home for the game winning run. Final score was 8-7.
Over all it was a great tournament for the Warhorses. As a team they had 94 plate appearances, 30 singles, 6 doubles, 13 RBIs, and a batting average of .383. Newt Crouch had a tournament batting average of .583, Kyler Brown .500, Connor Schmidt .455, Truett Barron .455, Chad Lawson .400. The Warhorses threw 377 total pitches, 223 strikes, and 16 strike outs as a team by Harrell, Schmidt, Runyan, Solis, Crouch, Tristian Kramer, and Barron. Over the whole tournament the Warhorses only had 9 errors.
With one non district game left against La Vernia this Thursday, the Warhorses are in great shape to start district play against Carrizo Springs on Tuesday March 20th at home.
Stats taken from gamechanger.com
By Dicy Chambers
Sports Writer