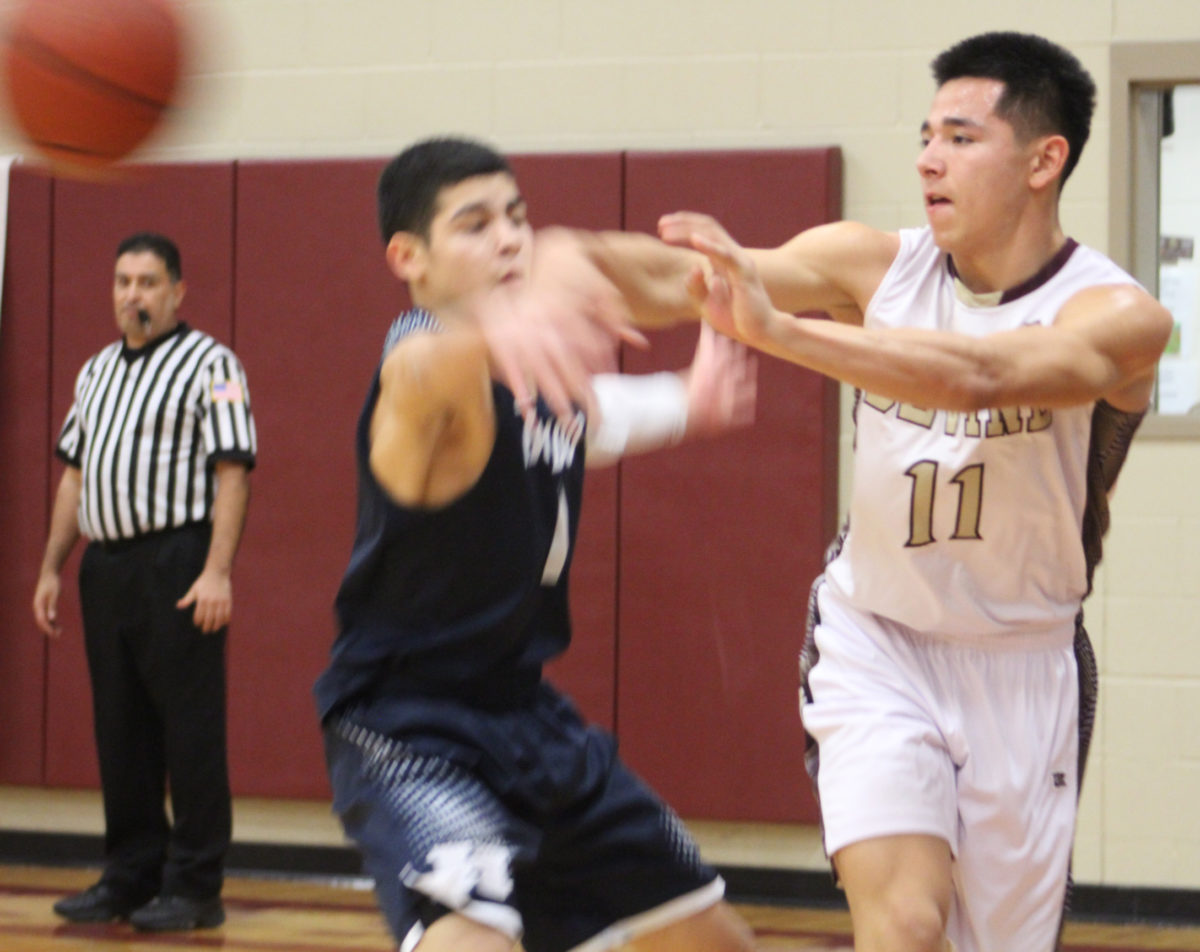 With a loss against Carrizo Springs, the Warhorses became the runner up district champs and played Beeville Jones High School Tuesday night at 7 pm. The Warhorses have an overall record of 24-8 and 6-2 in district. Beeville Jones was 17-10 overall and 4-3 in district as of Tuesday afternoon.
It was a tough loss for Devine in their last District game against Carrizo Springs. Carrizo Springs came out strong in the first and the Warhorses couldn’t keep up. The score was 13-21 at the end of the first but the trailing Warhorses never gave up and continued to fight and closed the gap to 27-33 at the end of the half. The score remained closer the rest of the game with 41-47 at the end of the third and 52-56 at the end of the game. The Warhorses made Carrizo Springs fight for every point and work hard on defense.
Connor Schmidt was the top scorer with 18 points followed closely by Jacob Oyola who had 16 points. Leonard Pompa had 12 points, Daniel Ramirez 8, and Justin Contreras 2 points. Also playing for the Warhorses was Dalton Kramer, Tristan Kramer, Noah Brogden, Sid Martinez, Brady Cardenas, Kam Adams, and Marques Burford. The top scorer for Carrizo Springs was A.J. Zamora with 31 points, scoring six 3 pointers.
The play off games started last night against Beeville Jones and the winner will play the winner of Hidalgo and Rockport-Fulton between February 22-24. More information can be found on the UIL website.
By Dicy Chambers
Sports Writer