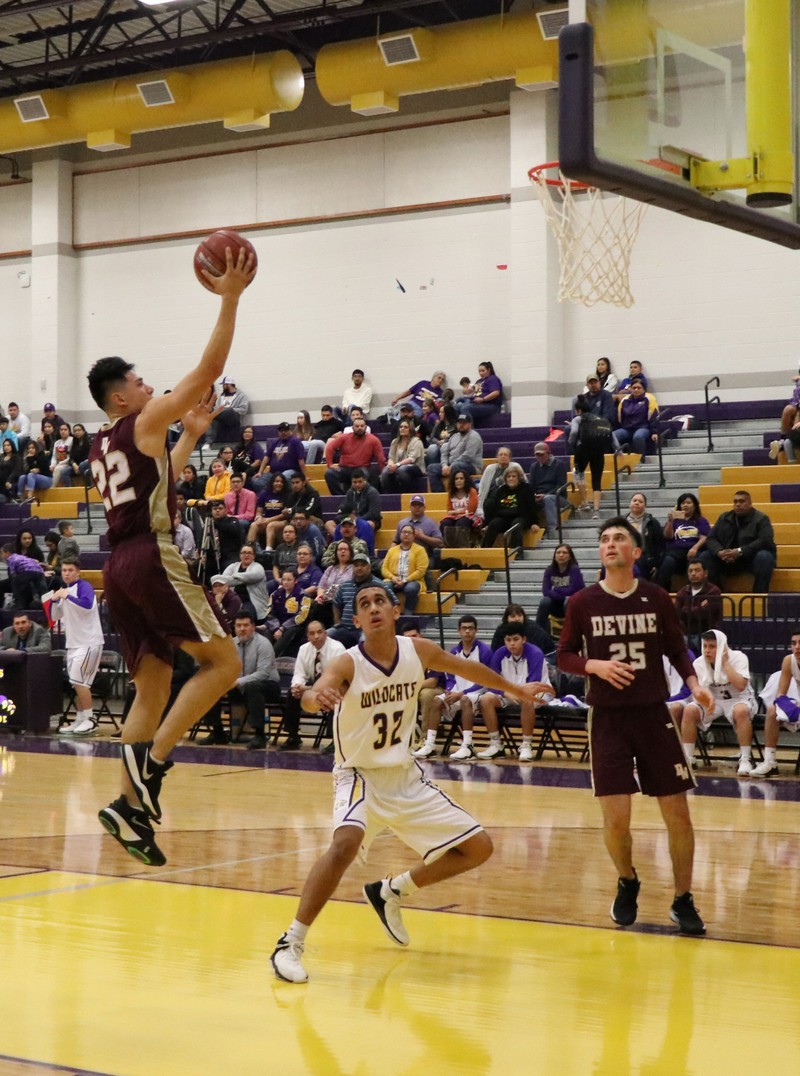 In their last district game of the season, the Warhorses won “with a hard fought win over a scrappy Carrizo team,” said Coach Paul Wells. With a final record of 19-11 overall and 6-2 in district, the Warhorses moved on to Brooks Academy (12-12, 6-5). This game was played last night at Southwest Legacy High School.
In the 55-50 win against Carrizo Springs, the Warhorses had to play aggressively against a team that would not give up. In the first quarter, the Warhorses earned 6 of their 10 first quarter points from the free throw line. Carrizo Springs did not foul as much in the second quarter and the half ended 19-16 in the Warhorse’s favor. The Wildcats were able to out shoot the Warhorses in the third quarter and take the lead at 33-32. But in the fourth quarter Crystal City sent the Warhorses back to the free throw line too many times with Devine making 12 of their 17 free throws and won the game 55-50.
Leonard Pompa sank 3 three pointers in his 12 points, Dalton Kramer had 6, Mason Burford 5, Justin Contreras 4, Brady Cardenas 16, and Cash Walker had 14 points. Scores by quarter: Q1 10-9, Q2 19-16, Q3 32-33, Q4 55-50.
Hondo won first in the district and played Cuero last night for Bi-District. Crystal City was third and played La Vernia last night. Carrizo Springs was fourth and played Pleasanton.
By Dicy Chambers
Sports Writer