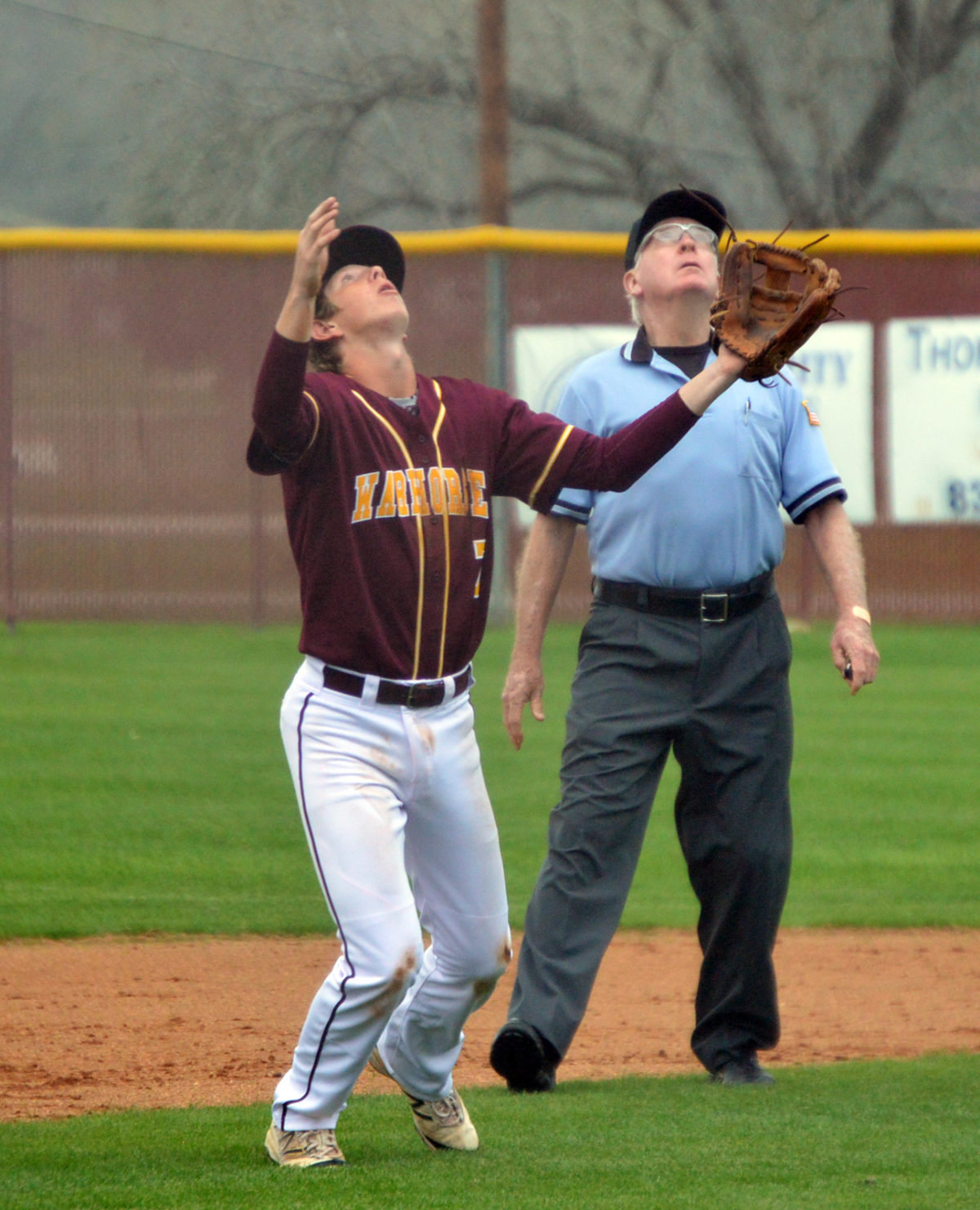 Adding two wins to their already impressive district record, the Varsity Warhorses beat Lytle and Carrizo Springs. In the Lytle game, the Pirates got the first hit in the top of the 1st but Devine answered in the bottom when Truett Barron doubled and Newt Crouch scored. Connor Schmidt struck the next three batters out swinging in the top of the 2nd and in the bottom added two more runs. Matt Ornelas scored when Jerrod Taylor singled and then Taylor crossed home off of Brady Harrell’s single. Top of the 3rd was another three up and three down by Schmidt. Run 4 for the Warhorses came in the same inning with a sacrifice fly ball from Schmidt allowing Crouch to score. Lytle scored their second and last run in the top of the 4th and Devine answered with their last run in the bottom of the 4th when Isaac Solis grounds out and Harrell scored. The final score was 5-2.
Highlights from the Lytle victory: Kyler Brown 2 singles, Crouch 2 singles, Harrell 1 single, Matt Ornelas 1 single, Taylor 1 single, Barron 1 double. Schmidt pitched 63 strikes in 100 pitches and Crouch 19 strikes in 28 pitches. The Warhorses had 2 fielding errors.
Scoring 8 runs in the top of the 1st put the Warhorses on track for beating Carrizo Springs. Brown, Crouch, Schmidt, Ornelas, Taylor, Lawson, Oropeza, and Brown were the Warhorses that scored in the first inning. The Warhorses added one more run in the second bringing the score 9-0. Bottom of the second was 3 Pirates up, 3 Pirates down. Top of the third was another powerful inning for the Warhorses with 6 more runs by Tristan Kramer, Oropeza, Brown, Crouch, Ornelas, and Taylor. Carrizo Springs finally scored in the bottom of the 4th with four runs but could not come back from their deficit at 15-4.
Schmidt hit 2 singles, Oropeza 2 singles, Brown 2 singles, Brown 1 double, Crouch 2 singles, Lawson 1 single, Taylor 2 singles, and Barron 1 single. Gherig Runyan pitched 44 strikes in 69 pitches and the Warhorses had only 2 errors.
The Warhorses are 4-1 with 3 district games left, Crystal City on April 13th, Pearsall April 17th, and Lytle April 24th and one non district games on Boerne on April 20th.
By Dicy Chambers
Sports Writer