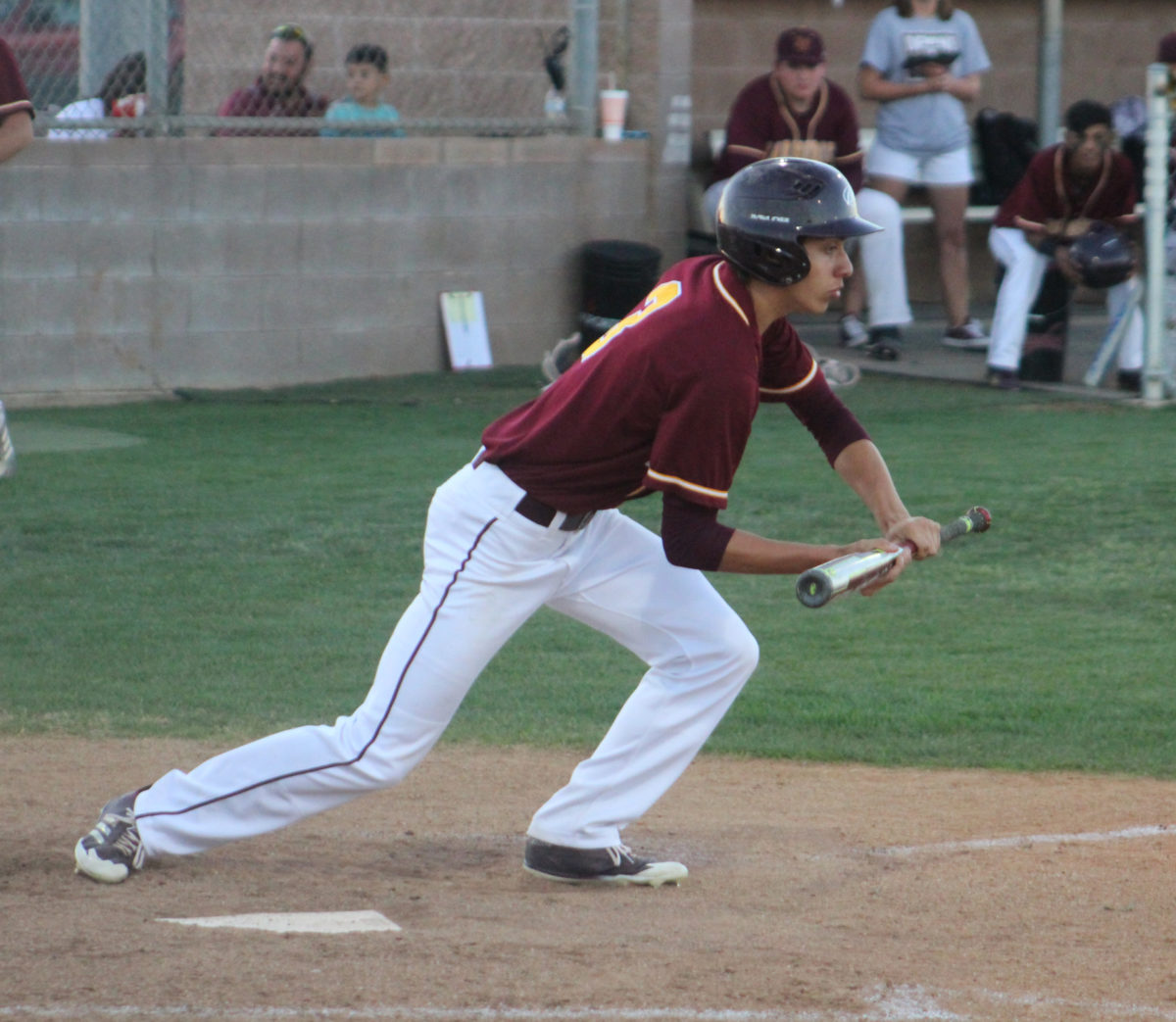 Tuesday, March 20th the Warhorses stomped Carrizo Springs 10-0. The Warhorses got off to a quick lead in the first when Newt Crouch singled to bring home Kyler Brown and then Crouch scored on a passed ball making the score 2-0 at the end of the first. In the third inning, Crouch scored on an error by the right fielder and Truett Barron scored after Connor Schmidt singled. Gherig Runyan came home after a passed ball and then Isaiah Oropeza singled but Matt Ornelas and Brady Harrell scored off of his single. With the score 7-0, Brown sacrificed a fly ball for the innings first out to bring home Jerrod Taylor. The second out came when Isaac Solis sacrificed to bring the score to 9-0 when Oropeza crossed home. The final run came when Brady Harrell hit a hard ground ball bringing home Barron. Carrizo Springs couldn’t answer and the game ended after the top of the fifth.
Connor Schmidt, Newt Crouch, and Truett Barron each had 2 hits. Isaiah Oropeza, Kyler Brown, Brady Harrell, Matt Ornelas and Jerrod Taylor each had a hit a piece. Pitching for the Warhorses was Connor Schmidt with 37 strikes outs in 52 pitches and Gherig Runyan went 11 strike outs in 19 pitches. Devine had 2 errors while Carrizo Springs had 3 errors.
It was a different story for the Warhorses when they lost to Crystal City last Friday March 23rd. It was a close match up with a final score of 6-7. Crystal City got off to an early lead at 1-2 in the first but then in the third they scored 4 runs. Devine didn’t give up and top of the 4th Barron scored on an error by the pitcher and Schmidt scored after hitting a fly out to center field. Crystal City answered with one run in the bottom of 4th making the score 3-7. In the 5th, the only run came from Devine when Brown scored on a passed ball. Score was 4-7. The Warhorses kept chipping away at Crystal City’s lead with 2 more runs in the top of the 7th with a run from Crouch off of an Ornelas single and then Ornelas came home off of Taylor’s single.
It was a tough loss for the Warhorses, but it was still a great game for them with only 4 errors. Connor Schmidt had 1 run; Isaac Solis had 1 single, 1 RBI; Kyler Brown 1 triple, 2 hits; Newt Crouch 2 doubles, 1 run; Chad Lawson 1 single; Matt Ornelas 2 singles, 1 RBI, 1 run; Jerrod Taylor 1 single, 2 RBIs; and Truett Barron 1 single, 1 run. Pitching for Devine was Solis with 23 strike outs in 46 pitches, Crouch 10 strikes in 12 pitches, and Gherig Runyan 43 strikes in 69 pitches.
On deck for the Warhorses is Lytle on April 3rd and Carrizo Springs April 6th.
By Jerel Beaty
Staff Writer