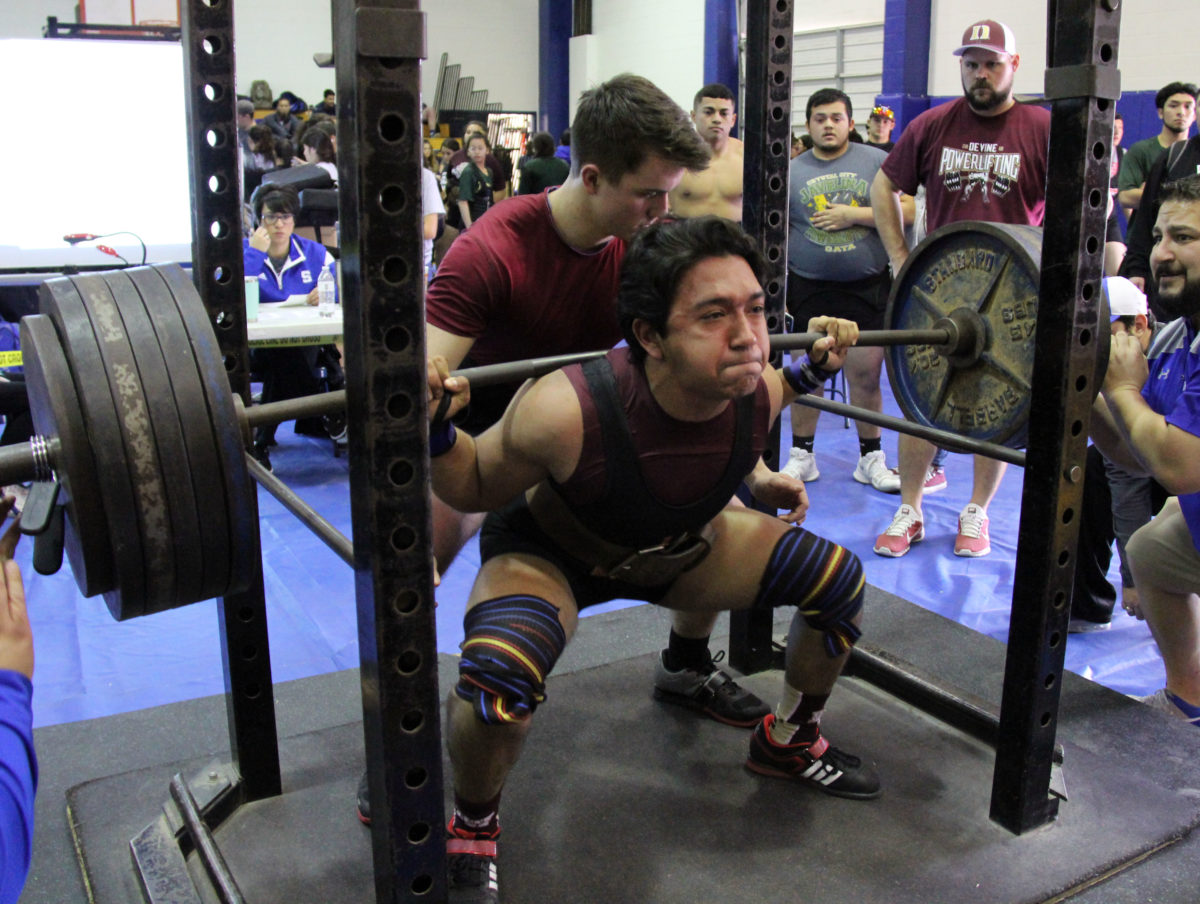 At the qualifying meet of the season, the Devine Warhorse powerlifting team placed several members in the top 5 in each division at the Texas Strength System–UTSA Invitational. Steven “Bulldog” Ramirez finished first in the 165lb class with a total of 1,505lbs. Bulldog squatted 610lbs, 345lb on the bench, and had a 550lb. deadlift. Along with those totals, Bulldog also received the Best Lifter award for the Lightweight Divisions (114lbs – 165lbs).
Christian Arredondo placed 2nd in the 275lb class with a total of 1,410lbs, Kaleb Zertuche was 4th place in the 132lb class with a total of 870lbs, and Garret Carver placed 4th in the 220lb class with a total of 1,180lbs.
Regional bound
Kaleb Zertuche qualified for Regional in the 132lb class. He is currently ranked 8th in region. Bulldog, currently ranked first in Region 4, will compete in the 165lb class. Lucas Byrd, 181lb class, is ranked 2nd and Christian Arredondo, 275lb class, is ranked 5th.
Four Arabians will flex their muscles this Saturday in Carrizo Springs at the Girl’s Regional Championships. Journey Shoemake (123lb class), Jessie Ramirez (148lb class), Paige Coté (181lb class), and Freshman Khali Key (198lb class) are vying for a State appearance in their respective divisions.
By Jerel Beaty
Staff Writer