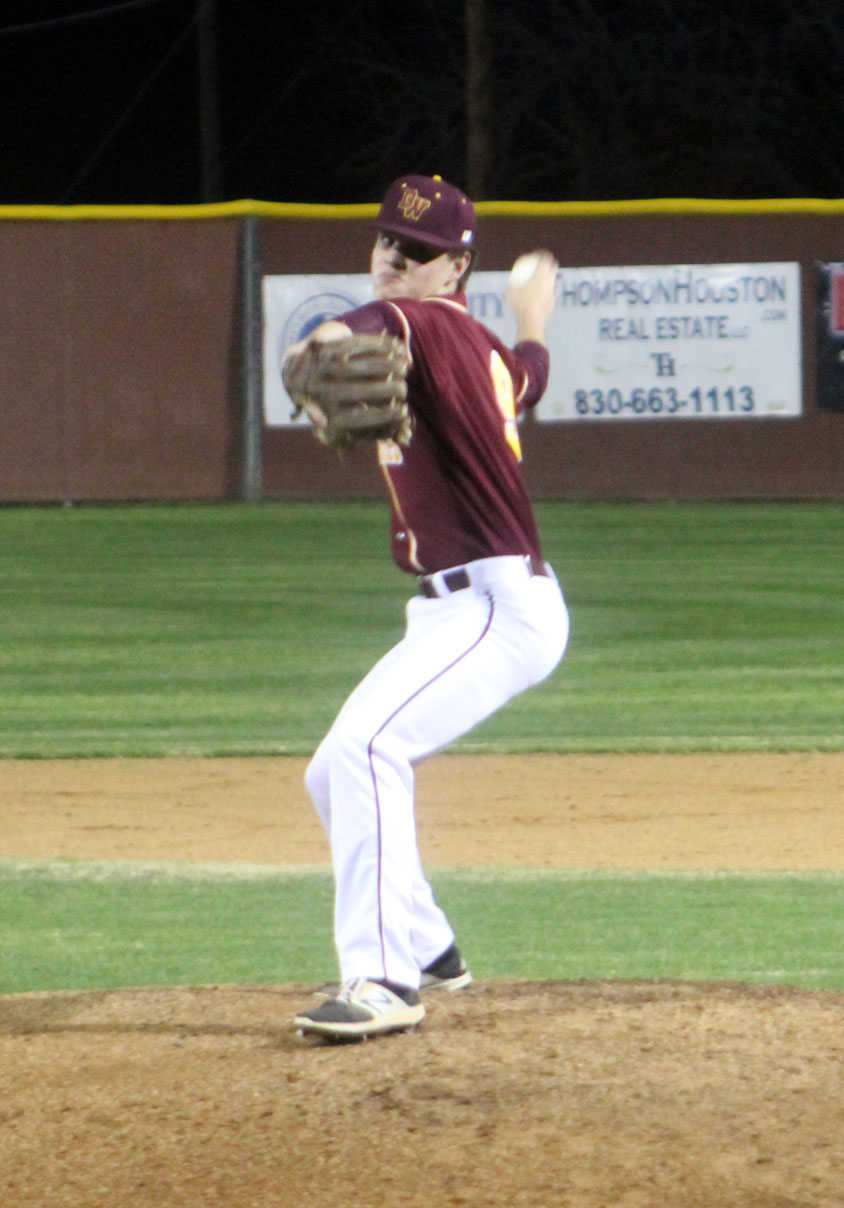 On February 13th, the Varsity Warhorses beat the Eagles 6-2 in a pre-season game. Devine got a run early in the first and Pleasanton didn’t score until the third and then took a 1-2 lead in the fourth. But then in the top of the fifth inning, Truett Barron hit a single to left field to get onto first and then advanced to second and then third on two wild pitches. Chad Lawson walked. Joseph Guajardo singled and brought home Barron and the score to 2-2. Kyler Brown hit a nice double to left field allowing Lawson to cross home. Matt Ornelas doubles to bring home Guajardo. Score now 5-2. Newt Crouch hit a ground ball and with noone scoring the half was ended by the score keeper. Bottom of the 5th was two strike outs, two walks and then one more strike out with Barron pitching. The last run scored was in the top of the 6th when Isaiah Oropeza hit a nice line drive to bring Gherig Runyan home.
Barron pitched just over 2 innings and had 3 strike-outs, Brown pitched 2 innings and 2 strike-outs. Oropeza 1 hit 1 RBI, Kyler Brown 1 hit 1 RBI 1 run, Guajardo 1 hit 1 RBI 1 run, Runyan 2 hits 1 run, Lawson 1 hit 1 run, Matt Ornelas 1 hit 2 RBI, Jerrod Taylor 1 hit, Ralph Rios 1 hit, Newt Crouch 1 run, and Brown 1 hit 1 run.
Devine had 3 fielding errors and Pleasanton had 7 errors.
Friday night, the Warhorses faced John F. Kennedy High School and won 4-3 after 7 innings. Devine had 2 runs unanswered until the bottom of the 4th inning when Kennedy scored 1 and then another in the 6th. Devine answered with 2 in the top of the 7th and Kennedy could only muster one more run before they had too many outs in the 7th ending the game 4-3.
Solis 1 run, Brown 2 hits 1 run, Guajardo 1 RBI, Runyan 1 run, Lawson 2 hits, Harrell 1 run, and Ornelas 1 hit. Pitching for Devine was Solis with 3 strike outs and 2 hits allowed, Oropeza 2 hits allowed, Harrell 3 strike outs 1 hits allowed, Crouch 1 strike out 2 hits allowed. Devine had 2 errors and Kennedy had 3 errors. Devine will play in the Marion tournament this weekend and then the Warhorse Classic tournament will be March 1-3.
Stats taken from Gamechanger.com
By Dicy Chambers
Sports Writer