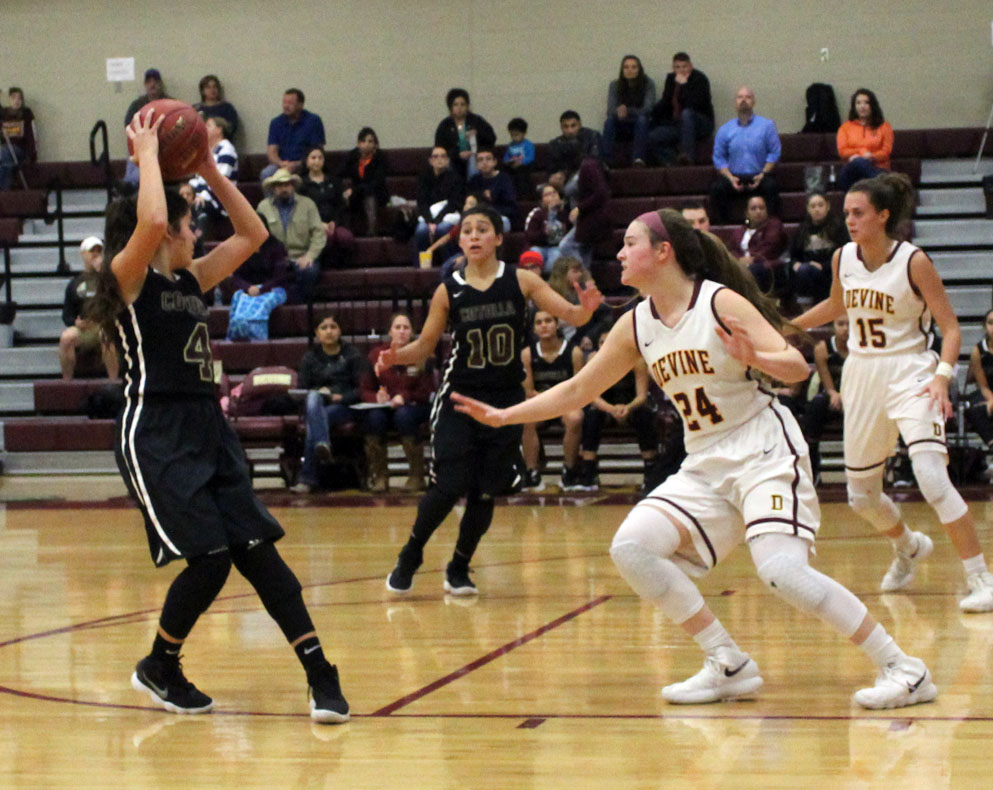 Starting the second half of their season against NOVA home School, the Arabians won 56-46. It was a hard fought win with a couple players out due to injury or illness. Trailing at the end of the first quarter 10-11, the Varsity Arabians fought hard to gain the lead and keep it the rest of the game. The Arabians were able to play at their pace and out score NOVA each quarter.
“The first game back after the break is always a tough game as you’re trying to regain your conditioning and the girls really did a good job of fighting through and getting their second wind. They also did a great job in controlling the pace of the game and moving the ball to find open teammates,” stated Coach Jim Sessions
Sierra Pompa scored 16 points with 8 rebounds, Chesney Friesenhahn scored 15 points 5 rebounds, Abbie Whitaker 11 points 3 rebounds, Clarissa Zamora 7 points 10 rebounds, Preslee Quisenberry 5 points 2 rebounds, Sally Zetino 2 points, Gabby Rodriguez 1 rebound and Dana Aaron also contributed to the win.
By Dicy Chambers
Sports Writer