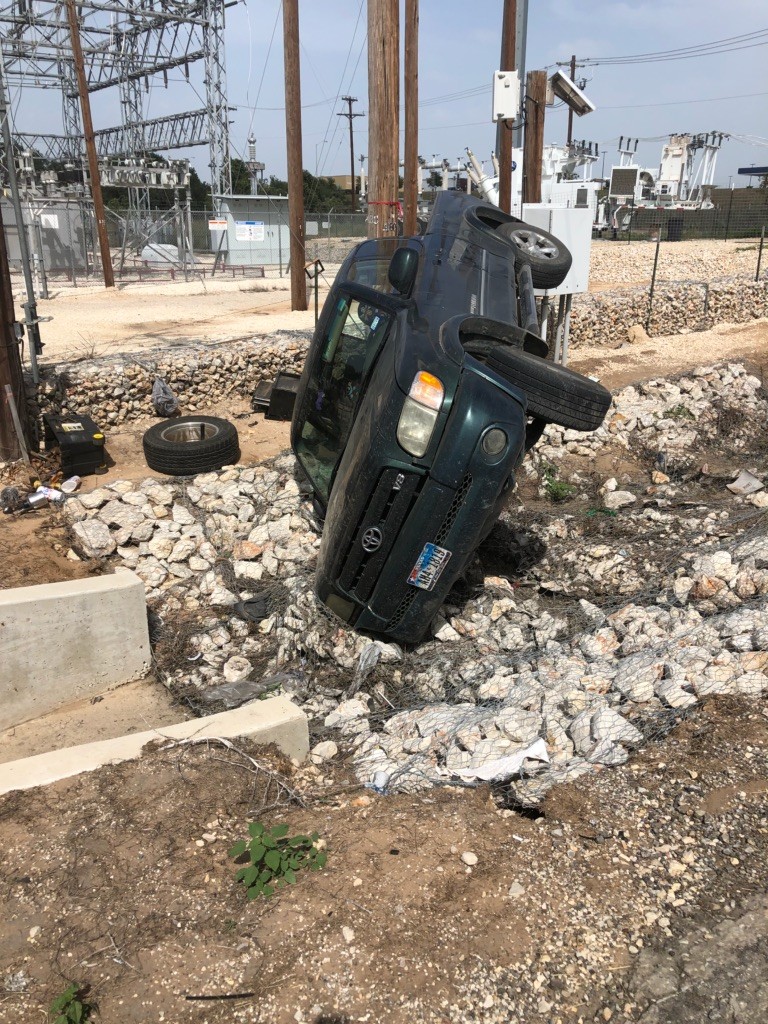 Local emergency crews responded to three rollover accidents in the Devine-Natalia area this past week on Wednesday, Saturday, and Sunday. A total of seven people were involved in the three rollover accidents, and one woman sadly lost her life in the most serious accident this past Saturday.
Driver strikes power pole Wednesday, two arrested
A driver struck a telephone pole about 10-15 feet off the road in the early morning hours of Wednesday, July 11 around 5:30 am. The driver was okay, but the accident knocked out power to 623 Medina Electric Customers just outside Devine due to the downed pole.
The accident occurred at the intersection of CR 5710 and CR 664 near the old Calame Store.
“The driver was charged for DWI,” said Medina County Sheriff Randy Brown. “When his wife arrived to try to pick him up she was also arrested and charged with DWI.”
MEC had to wait on all underground lines to be located before digging could even begin around 11 to repair the line. Crews were able to reroute some power to restore power to some in the area earlier, but others were out of power for about 8 hours until approximately 1:30 that afternoon. 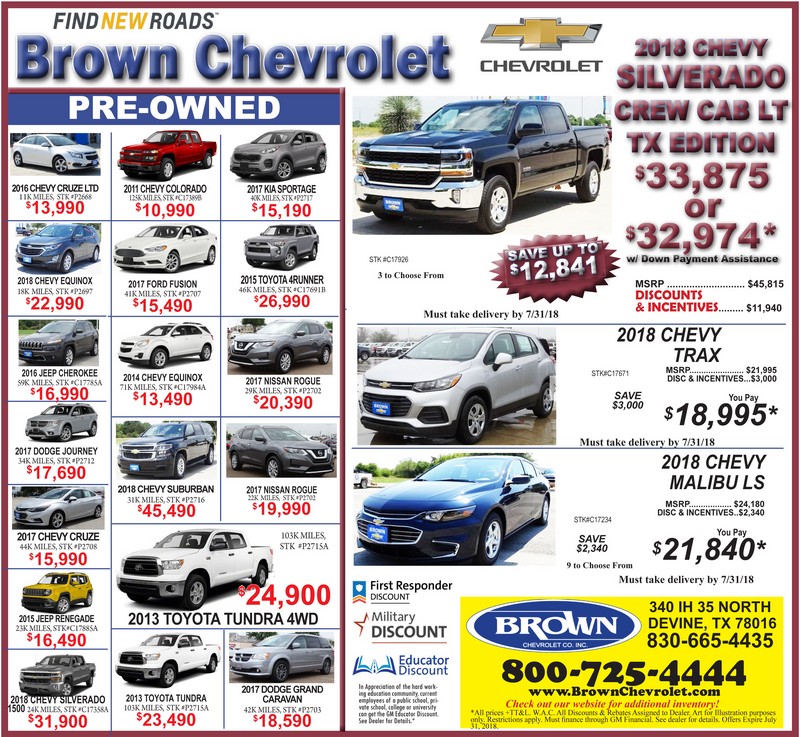 Fatal Rollover on I-35 Saturday
The fatal accident occurred around 5:10 am on Saturday, July 14, when three Houston residents were traveling along Interstate 35 near Natalia. According to DPS, a 2001 Chevrolet Suburban occupied by three people including, 73-year-old Graciela B. Mireles, was traveling south on IH-35.
“The driver stated he veered to the left to avoid a vehicle in front of him which had braked suddenly,” a DPS representative reports.
“The driver then lost control of the vehicle and it rolled over. Graciela Mireles, who was sitting in the rear seat, was ejected from the vehicle and was pronounced dead at the scene. The driver and second passenger were wearing their seatbelts. It’s unknown currently if Ms. Mireles was wearing hers.”
The investigation is ongoing, and all contributing factors are not yet known.

Driver swerves, rolls over into culvert Sunday
Another rollover accident occurred the next day. Three young women were not seriously injured in the accident that sent an older model Toyota truck plunging into a deep culvert in front of the electric substation on Hwy. 173 in the middle of Devine. The accident happened Sunday, July 15 around 4:26 pm. The driver stated that she lost control after she swerved to miss striking a vehicle coming from the stoplight in front of Walmart.
“When standing in that culvert my head was about level with the black top up above it so I’d say it’s about 6 feet deep there,” said Devine Fire Chief Mike Walker. “They were all right, fortunately. That culvert gets even deeper down the road in front of the auto repair store.” 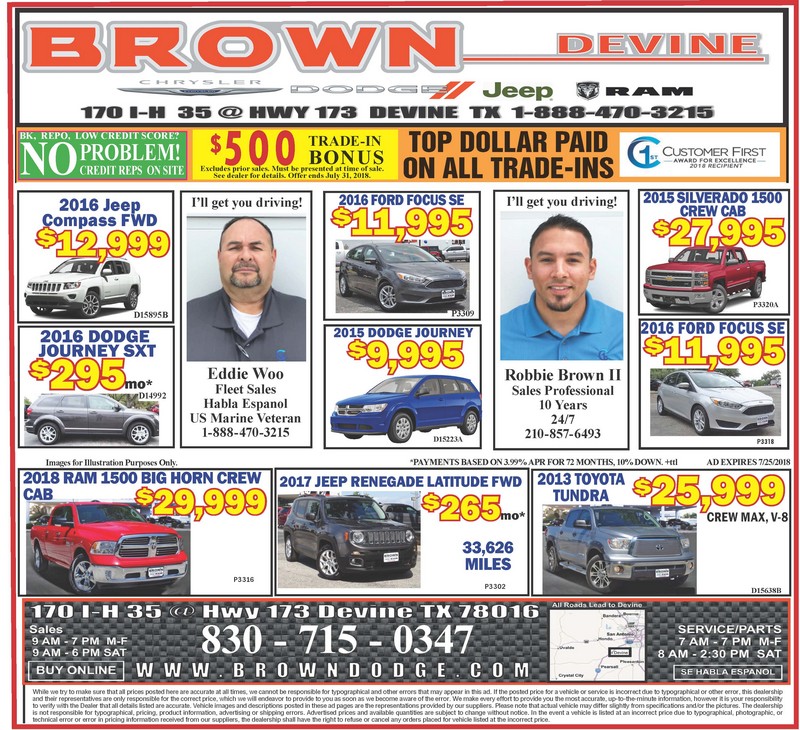