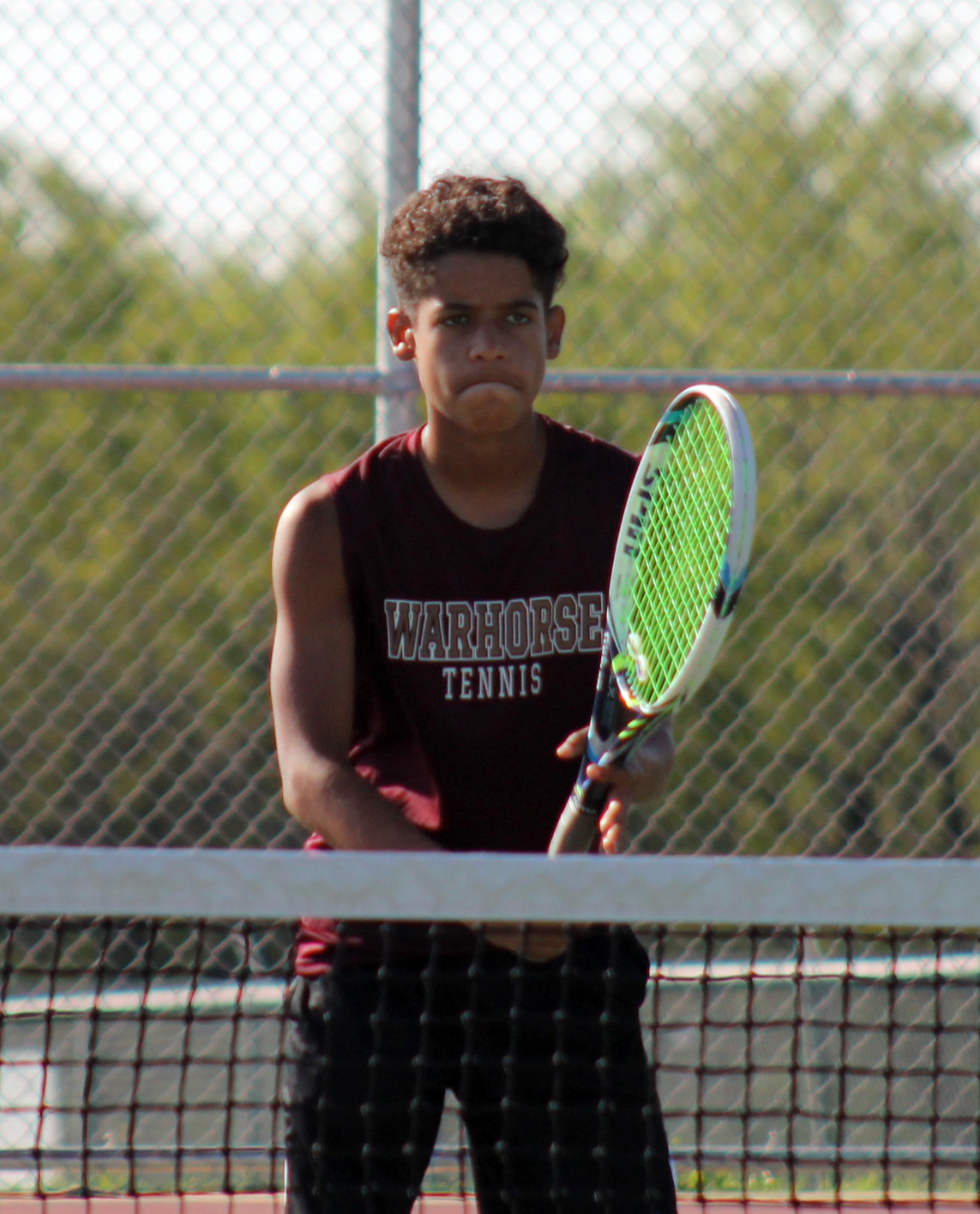 Devine Team Tennis traveled to Floresville to compete with a very talented 5A tennis team. We were so excited to play against a skilled tennis team and still able to come out victorious. We battled back and won a few close ones while under pressure to help our team win 10-9. It was a very exciting and productive day. We are improving weekly, preparing for district which will begin this Saturday at 9am here in Devine against Somerset. Please come and support our tennis team.
Devine Warhorse Doubles won 2 out of 3 matches. Toby Ramos/Jake Harrell lost their tough doubles match in two sets to a very talented Tiger team. The doubles teams of Ralph Rios/Denton Zuercher and Mason Zenon/Caeden Alvarez were able to battle back and win their matches in tie breakers after losing their first set.
The Floresville Tigers singles proved to be very talented and more skilled than our Warhorses. The Warhorses played hard and never gave up, but came up short losing their six singles matches to Floresville.
Devine Arabians doubles swept the Tigers 3-0. Lydia Zapata/Scarlette Smith, Chloe Serafin/Malvin Flores won their doubles matches in two sets, while Lindsey Spannagel/Preslee Quisenberry split sets and won in an exciting tie breaker of 10-7.
Arabian singles were able to win 5 more matches. Lindsey Spannagel lost her match to a very talented A. Guevara of Floresville. Lydia Zapata, Scarlette Smith, and Malvin Flores each won their matches in two quick sets.
As the competition came to the final matches, Devine found itself losing 8-9. Devine had to win their final two matches. Preslee Quisenberry lost her first set, then came back to win the second set forcing a tie breaker. Preslee battled back to win the tie breaker 10-5, tying up the score 9-9.
Chloe Serafin found herself in the same situation, battling back to win after losing her first set. Chloe however, split sets after winning the second set in a tie breaker of 7-5. After winning that tie breaker, Chloe had to play another tie breaker for the match. She was able to come out on top with an exciting 10-3 victory.