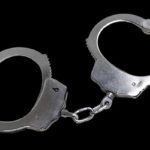 2:20 AM – Complainant on IH-35 NB and mile marker 121 reported a green/blue Chevy pickup truck flashing its lights at people and attempting to run them off the road. Unable to locate.

3:52 PM – Complainant on IH-35 SB and mile marker 124 reported a tractor trailer all over the road. Unable to locate.

7:14 PM – Complainant on IH-35 SB and mile marker 124 reported a white vehicle driving erratically and crashing at Exit 124. The vehicle left the area, and was located by officer in the 200 block of Colonial. No damage to vehicle.

2:38 PM – An 18-wheeler’s driver side window broke and debris damaged another vehicle. A blue form was issued.

9:44 PM – Complainant on IH-35 SB and mile marker 123 reported a vehicle disabled extremely close to the lane of travel. The driver was able to move the car into the grass. Family was coming from San Antonio. All was okay.

10:19 PM – Complainant advised they could see fire coming from behind the PD next to a building. No further information. Unable to locate.

11:12 PM – Complainant in the 200 block of Hayden Ave. reported a male subject trying to get into an apartment and having an altercation with a female resident.

7:25 AM – Complainant in the area of Lorraine Dr. and Breeze Ave. reported four to six juveniles in the area walking through people’s back yards. Unable to locate.

2:46 PM – Complainant in the 1000 block of Malone Dr. reported the burglary of a vehicle. On July 29, the complainant left money in an envelope in the center console of her unlocked vehicle.

6:20 PM – Officer dispatched to Walmart for shoplifters. A male subject and a female subject were cited and released.

6:20 PM – Complainant advised that while her mobile home was in Morales towing lot, it was broken into.

10:30 PM – Vehicle in the 400 block of W. Hondo Ave. was stopped for a traffic violation. The male driver was found to have a suspended license and was cited and released.

12:20 AM – Complainant in the 200 block of S. Wilson Dr. reported a female subject yelling on the roadway. The subject was identified; all was okay.

1:08 PM – Complainant at Walmart spoke to officer in reference to a theft that occurred on July 30.

2:17 PM – Vehicle in the 1000 block of E. Hondo Ave. was stopped for a traffic violation. The female driver was found to have an active warrant out of Medina County and was jailed.