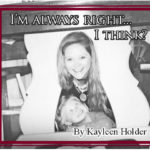 Well we enjoyed the beach this weekend and didn’t really get any rain until right when we were about to leave. I’m all grown up now, didn’t even get a sunburn I used so much sunscreen. My daughter ironically, only got it on her face, despite my efforts to cover her face with sun block. Guess we’ll finally get to use our Aloe Vera I’m growing. Last year I had already killed my Aloe Vera plant by the time our summer beach trip rolled around. The poor thing, is peeling all over her face…good thing she’s not a teenager.
We took some cousins along with us this year, including four little ones (Claire, Lane, Luke, and Cody), so A’Dell had plenty of help entertaining us this year. The second to youngest, Luke, was walking through the water when he ran back to shore wailing. We all rushed over there worried it was a jelly fish, but the real culprit was a tiny attack crab that had latched onto his foot right between his toes…..something we’d never seen before. Meanwhile, his little brother brave little Cody ran in circles giggling, like he was trying to outrun the waves.
Then, while the girls waded in the water the next day, they got attacked by teeny tiny jelly fish…..and it gave a whole new meaning to the term “ants in your pants”.
That night we went looking to catch little crabs on the beach. My teenage sister Pauline was our main crab catcher, but little 8-year-old Claire somehow got up the guts to grab a crab too after I swore she wouldn’t. She had an interesting technique…..shine the light on it until it was still, then she threw a big pile of sand on it, and grabbed the big glob of sand with the crab inside. I guess it was a sand barrier for the crab’s pinchers. Pretty clever. The she screamed and jumped up and down frantically until we dumped it in the bucket. But my mom showed them all up; she caught the biggest crab of all. When we spotted one almost the size of the palm of your hand, she got down and stretched out her arms and I swear she was running like a crab around in circles before she dove down and grabbed that giant crab. It turned out to be too big for our little beach bucket, so we handed it off to some other crab hunters with a bigger bucket.
We must have made about one million trips to the swimming pool in three days, which never gets old when you’re young I guess.
But despite the sunburns, attack crabs, and jelly fish, it was a great trip. There’s just nothing as relaxing as the beach. I love to watch those waves.