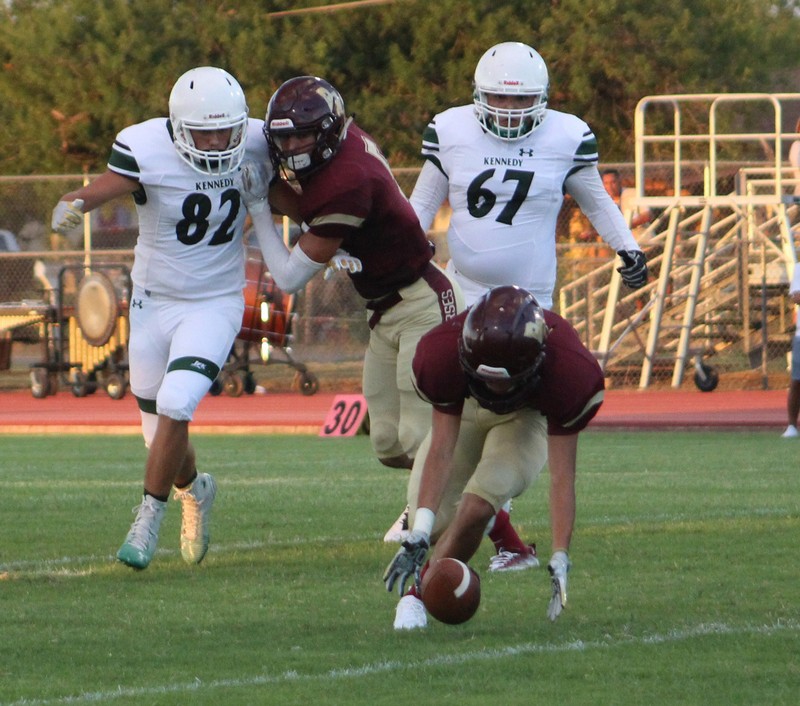 “Obviously, the highlight of the night was the kickoff return of 94 yards by Justin Contreras,” stated Special Team Coordinator Coach Scott Taylor. “I was very pleased with the overall performance of every special team unit honestly. Leonard Pompa did a wonderful job of snapping for extra points by having pinpoint accuracy while Chad Lawson held and Grant Collins connected on five of our six attempts.
Kickoff coverage was very good with several young men getting in on the action with either tackling the ball carrier or bottling up the lanes so others could tackle. Xsavior Martinez led with two tackles for this unit. Punt return did their job by fielding the ball cleanly and getting return yards when possible. Those returns set up good field position for our offense.
Overall extremely pleased with their effort and these men’s enthusiasm for being coachable.”
Head Coach Paul Gomez also commented on the special night by Coach Taylor’s squad. “Special teams played a big role in our win. Coach Taylor did a good job of getting the boys ready with assignments and he got great effort from his players. After Justin’s 94-yard return, Kennedy began to ugly kick the ball so that we could not set up a return. Doing that was showing respect to our guys for what they were able to accomplish.
We did a great job covering the kickoffs and Grant did a great job kicking both the extra points and the kickoffs. Xsavior led our kickoff team in tackles with two. We only punted once, but Grant’s 50 yarder changed the field for us.
To close the game after Kennedy’s last touchdown, we put our hands team out there and executed it very well. I think the more punt returns we get with Guido Zapata, once he gets comfortable out there in space, I think he will be a great weapon for us in that part of special teams.”
By Jerel Beaty
Staff Writer