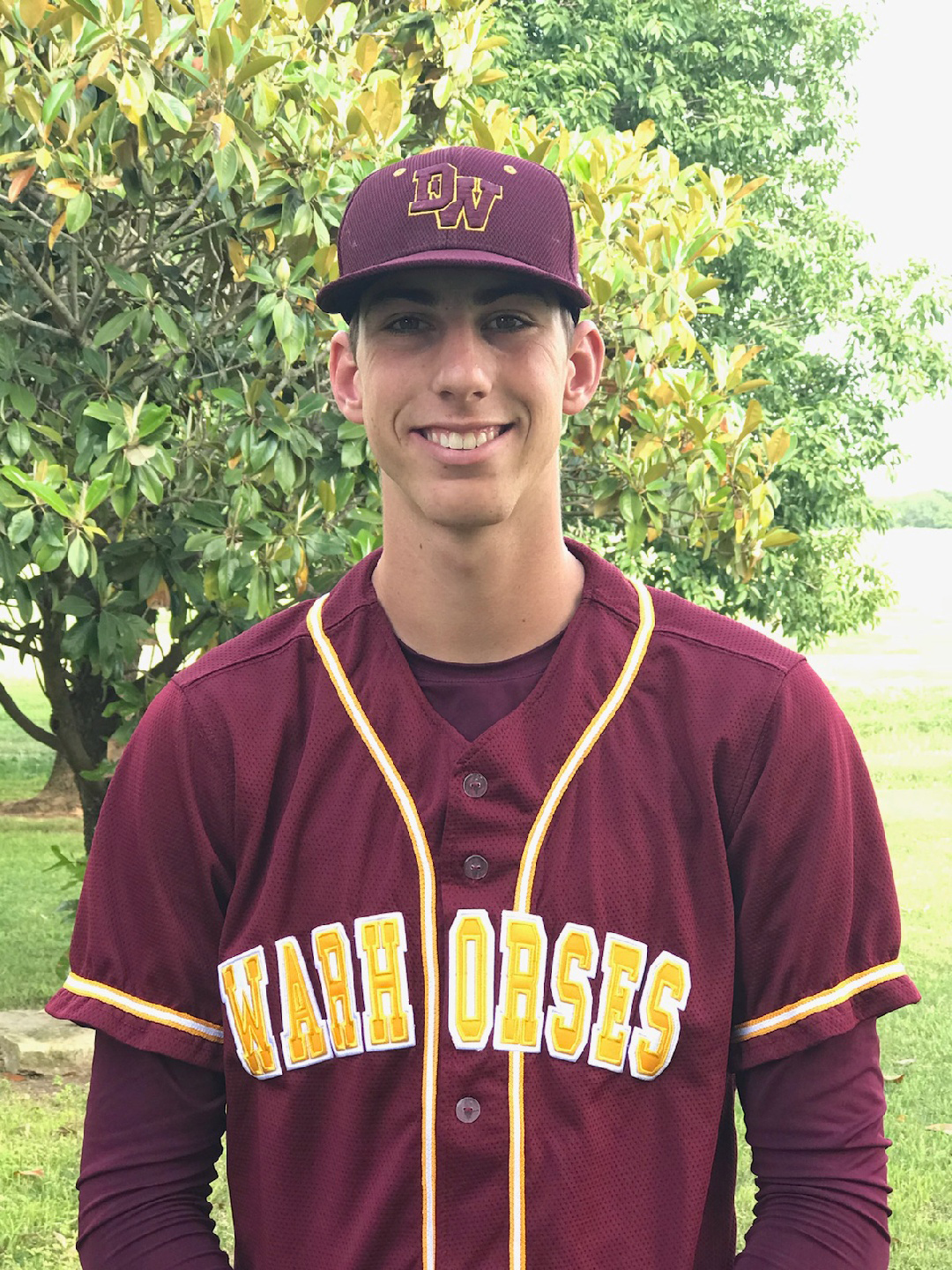 Senior Devine Warhorse pitcher Connor Schmidt was recently selected to play in two separate all-star games as he transitions from dominant high school pitcher to pitching at the next level for St. Mary’s University in San Antonio. The 6’6” right-hander will participate in the San Antonio Area Baseball Coaches Association All-Star Game May 29 at Wolff Stadium and will pitch in the 45th Annual Texas High School Baseball Coaches Association All-Star Game on June 16 in Round Rock.
“It is a great honor for Connor to be selected among an elite list of players,” stated Head Warhorse Baseball Coach George Villa. “He deserves the recognition coming his way. He had a great career for Devine in multiple sports and was always a team-first type player that handled himself the right way.”
The SAABCA game at Wolff Stadium includes the top seniors from in and around the San Antonio area. High school coaches selected by the SAABCA Board of Directors will coach these teams with Gordy Gesell of Johnson High School as the head coach. Thirty-eight players representing 29 schools divided into two teams will play a nine-inning game with first pitch at 6:30pm.
Along with Schmidt, other local players include Devon McCluskey (Medina Valley), Garrett Corkran (Marion), Josh Fernandez (Hondo), and Garrett Saathoff (Hondo).
The THSBCA game at Dell Diamond in Round Rock includes the top seniors from across the entire state of Texas and all classifications. Four teams divided into North and South regions will play one game for classes 1A, 2A, 3A, and 4A while two other teams represent 5A and 6A in a separate game. The THSBCA Board of Directors have chosen Texas high school coaches to manage the four squads. First pitch for the first game in which Schmidt will play is at 10:00am. The second game is schedule for 1:00pm.
With the state baseball playoffs still going on, rosters for this game are not fully available. However, with limited information available, the game will feature a few players projected to be drafted this summer by Major League baseball affiliates.
Schmidt is the first Warhorse player to be able to perform on this stage. He completed this season with a 10-1 record including three wins during Devine’s playoff run.
By Jerel Beaty
Staff Writer