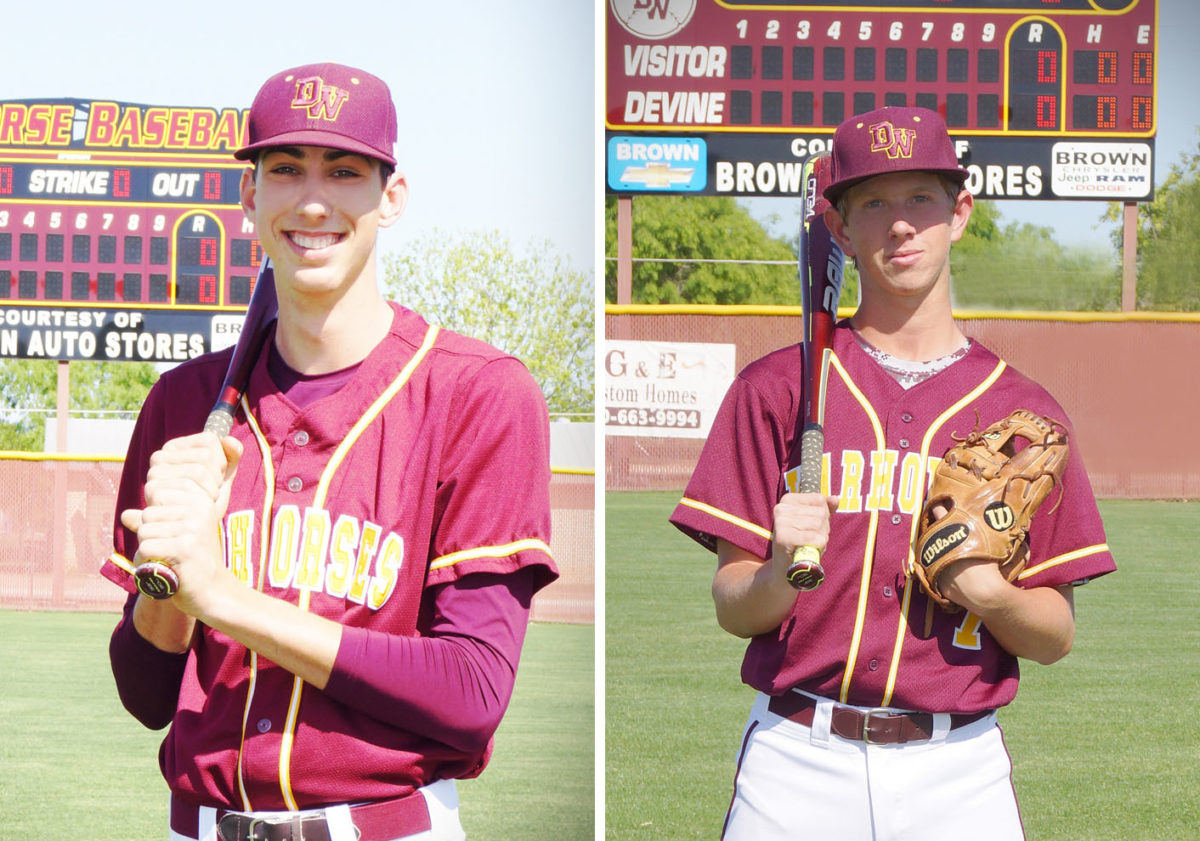 With the conclusion of the state baseball playoffs recently in the rear view mirror, honors are pouring in for a couple of standout players on the Regional Quarterfinal, District 29-4A champion Devine Warhorse baseball team. Senior pitcher Connor Schmidt and junior shortstop Newt Crouch were selected to the Texas High School Baseball Coaches Association All-State Team.
Schmidt’s pitching stats for the year were incredible. He won 10 games against only one loss, with three of those wins coming in the Warhorses’ deep playoff run. More astounding, in the 68 innings he pitched, Connor struck out 108 batters while only walking 15. He surrendered four earned runs on the year for a .412 ERA.
Although Connor’s pitching accomplishments speak on their own merit, his bat was not bad either. In 73 official at-bats, Schmidt hit .411 and collected 30 hits and 17 RBIs.
Crouch made the third team squad at shortstop due in large part to his .924 fielding percentage. With 66 total chances in the field, Newt collected 41 assists and had 20 putouts. He batted .427 with 41 hits in 96 at bats, drove in 19, and scored 27 times.
Newt, similar to Connor, contributed positively to the team at his other position. When not playing shortstop, he likely was on the mound when Connor moved to centerfield. He dominated in his short time on the hill going 2-1 with 2 saves in 10 appearances. He pitched 20.1 innings, giving up only two earned runs while striking out 17 and walking three.
Connor is the son of Gary and Pam Schmidt. Newt is the son of Dennis and Tina Crouch.
By Jerel Beaty
Staff Writer