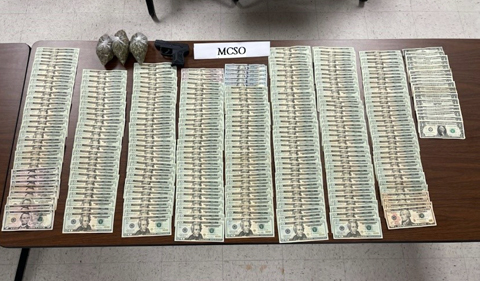 Around midnight, Medina County Sheriff’s Office executed a search warrant this past September 3, for the 300 block of Loraine Drive in the City of Devine. Deputies recovered Marijuana, a Firearm, and more than $5,000 in cash, according to a press release sent this week.
“Deputies arrested a male subject without incident, however, upon execution of the search warrant, Deputies noticed the subject destroying evidence,” a press release stated.
According to Medina County Sheriff’s office, the subject was arrested and charged with Poss Marij> 2 OZ <= 4 OZ, $5,000 Surety Bond, and Tamper/Fabricate Phys EVI, with a $30,000 Surety Bond. He was released on bond on 9/3/2021.