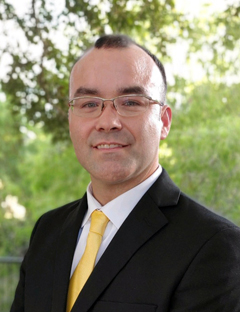 Natalia Police Chief James Fleming resigned this Monday, March 8th. While City officials assure the community, there was no wrong-doing, they believe this is the best step moving forward.
“We hate to do things like this, but we have to move on and move forward,” said Councilman Darrin Frazier. “Chief Fleming is a good man, and there was no wrong doing—it was just more of two people not seeing eye to eye. When his review came up, we had to look at our options and decide which direction we wanted to go.”
If you’ll recall, the City of Natalia hired two new leaders around the same time frame this summer, new Police Chief Fleming and a new City Administrator Rene Hinojosa, bringing about many changes.
“Both are really good men, and have done their best,” Frazier stated. “We just had to go one direction or the other, so we can move forward. Our City Administrator is extremely well qualified so we followed his recommendations,” Frazier stated.
“Who oversees what is an issue that is not uncommon in small town government unfortunately. About three months ago, we changed a City Ordinance which gave our City Administrator the authority and responsibility of overseeing all departments, including the Police Department and Utilities. So he’s been given that authority and to make recommendations to Council,” Frazier said.

At a special meeting, Natalia City Council reviewed personnel matters in Executive session, and then casted a vote of passed 5-0. Chief Fleming was given the option to resign and did so this week.
Mayor Tommy Ortiz stated, “We had two brand new people, the Chief and the City Administrator, who are both very well-educated, and they just had different ideas. We went ahead and put the new ordinance into effect, hoping that it would help, but it is just very difficult to understand the different function of each department and how they operate in a small town. I thank Chief Fleming for everything he did for our City. Thanks to him our Police Department is fully staffed, and so we are in a better position than we were before. And now he has decided he wants to move on and pursue his doctorate degree. Our City Administrator also does a great job.”
“With a PD that is fully staffed and many reserve officers, we can now take our time to find the right candidate for the job. In the meantime, we will discuss if and when we will name an interim,” Ortiz adds. “I am looking forward to working together with all City staff and leaders, to move forward.”
An interim Chief had not been selected , and Council will meet next Monday.
“The salary we have budgeted for police chief is a little low, especially for such a demanding position. We’ll have to consider that when we set the next budget. I hope we’ll be able to make some adjustments,” Frazier added.