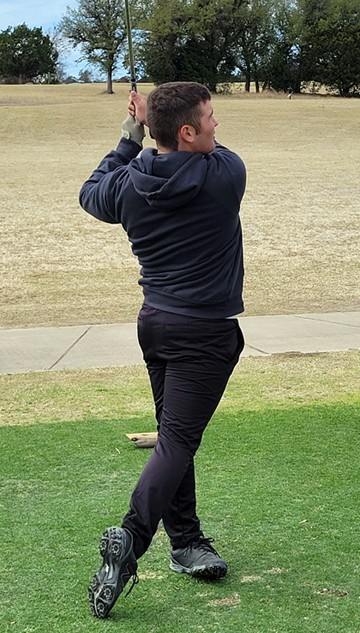 The Pirate golf team is headed to their district meet on March 21st and has had a great season so far. On February 28th the team played at the Smith Valley tournament, held at the River Crossing Golf Course. Kyhe Stewart shot a 105 and Hudson Mask shot a 101 after waiting out a freeze delay.
March 7th, the boys’ team competed in the Comfort tournament at the Buckhorn Golf Course. Coach Arnold Martinez was “very proud of the boys’ efforts in the 30 mph winds and 38 degrees at tee time stifled the entire field. Our boys battled and got through both rounds.” Stewart brought in a score of 101 and Mask 115.
“March 21st at the Seguin’s Starke Park Golf Course is our last tournament before the District Tournament. We hope to have our full boys team of 4 (maybe 5) and have our fingers crossed to have a few girls participate. Grip it and Rip it,” added Coach Martinez.
By Dicy Chambers
Sports Writer