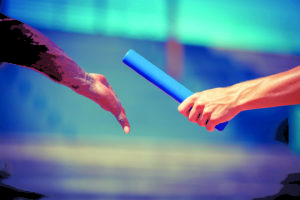 The competition was stiff at Warhorse Relays last Saturday as the Natalia Track and Field teams competed against 10+ other talented squads. There were no top finishes as a team or individually for the boys and girls in blue, but according to Head Coach Jason Reynolds, they continued to gain plenty of experience as district nears.
“I was pleased with how our kids came to compete Saturday,” Reynolds said. “We had several kids fill in some key spots and they did very well. I thought this meet did a great job of helping get us prepared for our district meet in a few weeks.”
JV Mustangs
The Natalia JV Mustangs compiled just two team points. Carrillo Springs won the JV Boys Division with 130 team points followed by Pleasanton (108) and Honda (93), Noah Gilkey was able to win 6th place in the 3200 M. Run with a time of 12:28.53 as Isaac Duenes won 6th in the 400 M. Dash with a time of 59.57.They were the lone Mustangs to place.
In the JV Girls Division, no Lady Mustangs were able to place. Devine won the JV division with 192 points as Bandera won 2nd (117) and Carrillo Springs (102) won 3rd.
Varsity Mustangs
The Natalia Mustangs had a rough outing in Devine as the competition was as stiff as they had faced all season. Natalia finished in 11th place out of 13 schools with just 10 team points. Devine dominated their home meet with 178 team points as Honda won 2nd (83) and Carrillo Springs won 3rd (72).
In the 110 M. Hurdles, Jared Stallworth claimed 6th place with a time of 18.80. Quentin Zapata of Devine won the event with a time of 14.88. He also won 4th in the 300 M. Hurdles with a time of 44.95. Zapata won this event also with a time of 41.38.
In the 800 M. Run, Natalia’s Julian Armendariz won 6th place with a time of 2:14.18. Pleasanton’s Orlando Oltivero won the event with a time of 2:05.01.
Natalia had two relay teams place as the 4X100 M. Relay comprised of Jacob Jass, Felix Iniguez, Stallworth and Diego Zapata finished in 6th place with a time of 46.95. Carrillo Springs won the event with a time of 44.85.
In the 4X200 M. Relay, the Natalia team of Jass, Marcus Perez, Brad Martin and Iniguez won 6th place with a time of 1:40.09. Devine won the event with a time of 1:32.92.a
When it came to varsity girls action, the Lady Mustangs were unable to place. Devine also dominated the varsity girl division with 153 team points followed by Bandera (118) and Pleasanton (80).
Upcoming Meet
Natalia travels today, Wednesday, March 27th to Crystal City to compete in the Javelina Relays.
By Eric Smith