The Natalia Mustang High School Marching Band had a great performance and experience last week at the UIL State Marching Contest hosted in the Alamodome in San Antonio, Texas. Many fans from Natalia and the surrounding area attended to support the students and watch them make history. They won 15th place out of the 25 bands at State, but overall there are about 250 bands in their marching division.
It was a pleasure to watch the band, their family, fans and community come together to show them how much they appreciate all their hard work and dedication and how proud they are.
What speech did you give the kids before the performance?
“Soak it all in. For some, this is a once in a lifetime experience. Getting to this level is extremely difficult. Make sure you play your size, don’t change anything for this performance. Nothing changes, perform the way you have been performing.” They were at the next level and it was time to enjoy all their hard work. As we were walking through the tunnels, we could see them looking around at everything that was going on. Some of those tunnels seem to go forever.
What speech did you give afterwards? (Not really a speech but…)
Once the results were announced, we had to regroup and bring them back to reality. We went over all their accomplishments and had to let them know what they had just accomplished. Many groups strive day in and day out to get to the State Marching Contest, and not all get the chance to experience what they just did. It was bitter sweet once we met together outside of the Alamodome. We were closing the chapter on the competitive marching season and for the first time in a long time they were able to breathe a sigh of relief. Knowing they had accomplished what they set out to do, which was to advance to the State Marching Competition and march in the Alamodome was a good feeling. This was an awesome experience overall. One that they will take with them for the rest of their lives.
Reactions you noticed of the kids as they entered the stadium or after the performance.
There was a sense of excitement. Once we got to a part of the tunnel where you could see some of the field, their eyes got really wide. We had seen the field from the stands the Monday before as spectators, but seeing it from the ground level was something else. Once we walked out of the warm-up room, we headed through the tunnel which led to the field where we were to enter to march the show. As they walked up onto the field, the look on their faces was something else. Seeing the tears of joy was very special to see. It was as if you could hear the Natalia crowd saying, “there they are”. 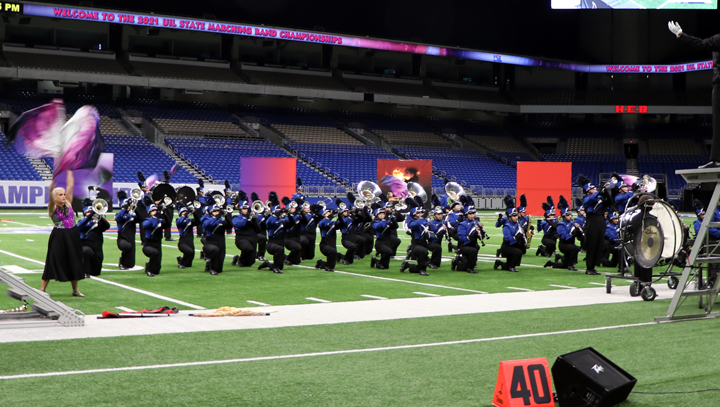 Director’s Comments
“The kids worked hard, it was a great experience for them,” said Assistant. Director Vanessa Delgado.
“From the start of the season we saw something special in these kids and they exceeded our expectations,” said Assistant Director Abraham Acevedo.
“Once we were outside, we had relatives, teachers, ex-students, friends and many others congratulating the band. It was really neat to see everyone come together. I’m very proud of the Natalia Band and everyone who helped make this year a success. This was truly a team effort by everyone. Students, parents, helpers, administration, transportation & maintenance all played a major role. Seeing and hearing from many past members and them sharing their experiences from the time when they were in the Natalia Band was touching,” said Director Sergio Mendez.
Facts
Directors are Sergio Mendez, Assistant Vanessa Delgado, Assistant Abraham Acevedo, and Color Guard Tech Alexis Alfaro.
Drum Majors were interviewed after their performance on the field at the Alamodome at the UIL State Marching Contest and the audience could see and hear it on the jumbo screens!
There are 75 Band Members and 9 Color Guard Members in the 2021 Mustang State Band.
There are approximately 240-250 3A Bands in Class AAA, as they do not separate between divisions 1 & 2.
This year’s placements were: Area Prelims – 1st Place out of 30 Bands, with Area Finals – 2nd Place out of 12 Bands.
State Marching Contest – 15th out of 25 Bands competing in the Alamodome last Wednesday, November 3, 2021.
This was Natalia High Schools first time in history to qualify and compete in the State UIL Marching Contest.
Congratulations Natalia Mustang Band on a spectacular season.
Superintendent’s Comment
“It’s a great honor for our band students to be recognized on a state level! This brings great pride and joy to our community! Our Directors have been able to showcase their student’s musical talents through solid leadership and artistic decision-making. And this has been an enormous accomplishment for our band program here in Natalia, Texas!”, said NISD Superintendent Harry Piles.
By Kathleen Calame
Publisher 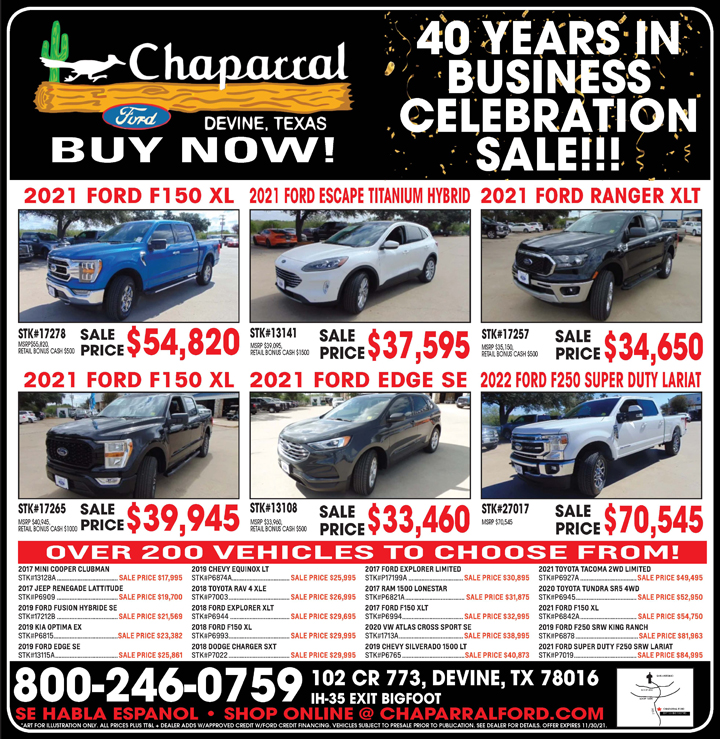