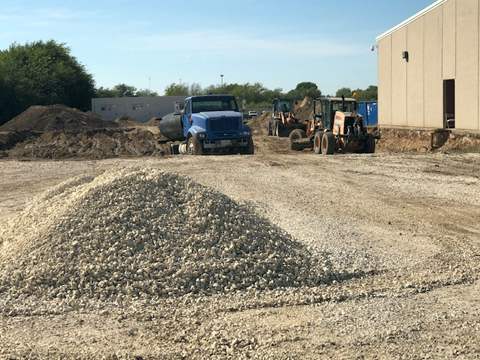 From restaurants to nail salons to an urgent care clinic, 137 local small businesses received $445,000 in COVID relief grants from Medina County.
The disbursements – ranging from $2,000 to $10,000 — exceeded the original fund of $420,000, as the county approved a handful of applications submitted after the Oct. 1 deadline.
Four additional applicants were pending review this week, said Jennifer Adlong, administrative assistant to County Judge Chris Schuchart. Depending on the disposition of those applications, the final total could be in the neighborhood of $460,000.
The county designated $420,000 of its federal CARES Act funding for the small-business relief program. Separately, the county distributed $500,000 of its CARES money to local schools. Additional payouts to small businesses will come from county funds, Adlong said.
The biggest ($10,000) grant recipients were Devine Meat Co., SAT Learning, Azteca, CNH Energy Services, Cora’s 471 Grill, Little Alsace Urgent Care, G6 Construction Inc., Zinsmeyer AC/Heating, Corrigan Air Center, Family Parts Co., Hillside Boutique Hotel, Julianna’s Restaurant, and Primo Processing.
Only six applications were denied. One was rejected because the applicant wanted to start a business – an undertaking outside the parameters of the program designed to assist existing businesses hit hard by coronavirus closures.
Grant decisions were made by a five-member committee composed of Precinct 1 Commissioner Tim Neuman, Precinct 4 Commissioner Jerry Beck, County Auditor Julie Schneider, Go Medina Director Stephanie Blanks, and Adlong.
“It was a great turnout,” Adlong said of the application process. “It was good that we could business doors open. People were extremely happy for the help.”
Blanks said the program dovetailed with Go Medina’s objectives.
“We’re not just trying to get new business, but to maintain healthy business. Many were shut down for a long period, and they were grateful to be able to pay their employees and pay their rent,” Blanks said.
Blanks acknowledged that more assistance was needed by some businesses hit hard by COVID shutdowns. “We tried to help the largest number,” she said.
Beck added, “I wish we could have helped more.”
Dr. Richard Neel said that thanks to the grant his urgent care clinic in Castroville was able to retain its 31-member staff and avert layoffs.
“Most people don’t realize how expensive it is to run a clinic,” he told the News in a phone interview.
Ironically, traffic at the clinic is down from last year. “By taking care to avoid COVID, people avoided getting other illnesses,” Neel noted.
In other COVID-related news, Schuchart reported that, as of Oct. 8, the county marked its ninth consecutive day of having fewer than 20 recorded cases of COVID-19. If the county remains under that threshold for 14 days, Schuchart said he will petition the state to lift the current mask requirement locally.
Schuchart said a county exemption would still allow businesses and mayors of cities in the county to keep the mask requirement in place if they so choose.
Meantime, Blanks reported that bars in the county will reopen on Wednesday, Oct. 14.
Following Gov. Greg Abbott’s announcement that bars in Texas could resume in-person service this week, the county will permit indoor bars to reopen at 50 percent capacity. Outdoor facilities will have no capacity limits.
According to state guidelines, customers must be seated while eating or drinking.
Artwork for Annex
As construction moves ahead on the County Courthouse Annex, Judge Chris Schuchart is putting out a call for art.
Noting that the 40,000-square-foot building will have two floors of hallways with generous stretches of wall space, Schuchart suggested that historical markers and photos could adorn some of the corridors.
There will be many treasures to choose from.

Phil King, chairman of Medina County Historical Commission, told the News that the county has more historic markers than any of Texas’ 253 other counties.
The county also has an impressive set of large photographs depicting construction of the Medina County Dam, as well as photos portraying colonial life in the Castro colonies of Castroville, Quihi, Vandenburg (new Fountain) and D’Hanis.
For the purposes of the Courthouse Annex, King suggested that photos could be paired with markers to graphically illustrate the narrative of Medina County’s history.
Meantime, Precinct 4 Commissioner Jerry Beck said he would lead the effort to secure a cornerstone for the $11.4 million structure, scheduled to open April 1, 2021.
Jail expansion moves forward
Medina County Sheriff Randy Brown told the Devine News last week that work on the $13.5 million jail expansion is ahead of schedule.
Though still in the ground-preparation stage, Brown expects construction – which will double the number of beds to 192 and add 27,951 square feet – to be completed in 11 months.
A problem with an undersized concrete pad for air-conditioning units was resolved, and underground connections will be installed according original plans, he said.
The additional jail beds can’t come soon enough, Brown said.
“We’re full. We have had to transport our inmates to four or five other jails as far away as Live Oak County…. Averaging 30 inmates at $50.00 a day, housing local prisoners in other county jails has cost Medina County approximately $550,000 a year for out-of-county room and board…not including transportation and personnel.”
With its added capacity, the expanded jail stands to be a revenue generator. Whenever excess beds are available, they could be leased out for federal prisoners, the sheriff said.
Beyond the jail addition, Brown said extensive upgrades to the complex at 801 Avenue Y in Hondo will necessitate a longer timeline.
Among the added features: new training and evidence rooms, updated dispatch facilities, an employee break room and refurbished offices throughout.
“There’s not a place that won’t be touched,” he said. “We’re looking at a February 2022 completion date for everything.”
ESD#5 financial report
County commissioners accepted a 2019 audit of Medina County Emergency Services District #5 (Natalia Volunteer Fire Department). Among the highlights:
-ESD#5 assets exceeded liabilities by $789,609 (net position). Of that amount, $588,524 was available to meet the district’s financial obligations.
-The unassigned balance for the general fund was $350,128, or 89 percent of total general fund expenditures, and 110 percent of general fund revenues.
-64 percent of governmental function expenses went toward fire protection; 36 percent funded administration.
Without passing judgment on ESD#5 budget priorities, auditors from Ede & Co., of Knippa, Texas, reported that the district’s financial statements “present fairly, in all material respects, the respective financial position” of the agency.
Compared with 2018, ESD#5’s net position in 2019 grew by $46,500, a 6.26 percent increase. The district receives 94 percent of its funding from a property tax levy of $0.10 per $100 of assessed value.
Maps still MIA
County 911 Communications Director Robert Rothe reported continued delays in obtaining and distributing updated county maps to emergency service agencies.
Precinct 4 Commissioner Jerry Beck said the goal is to get up-to-date maps into emergency vehicles but, so far, only difficult-to-read wall maps have been available. Precinct 3 Commissioner David Lynch also noted that map books he has seen do not delineate precinct boundaries.
“We’ve spent hundreds of thousands of dollars to update [maps],” Schuchart said. “It’s a shame this doesn’t work.”
Rothe said he has been working with two vendors to obtain new map books, and commissioners tabled the matter until he report back in November.
By Kenric Ward
Reporter