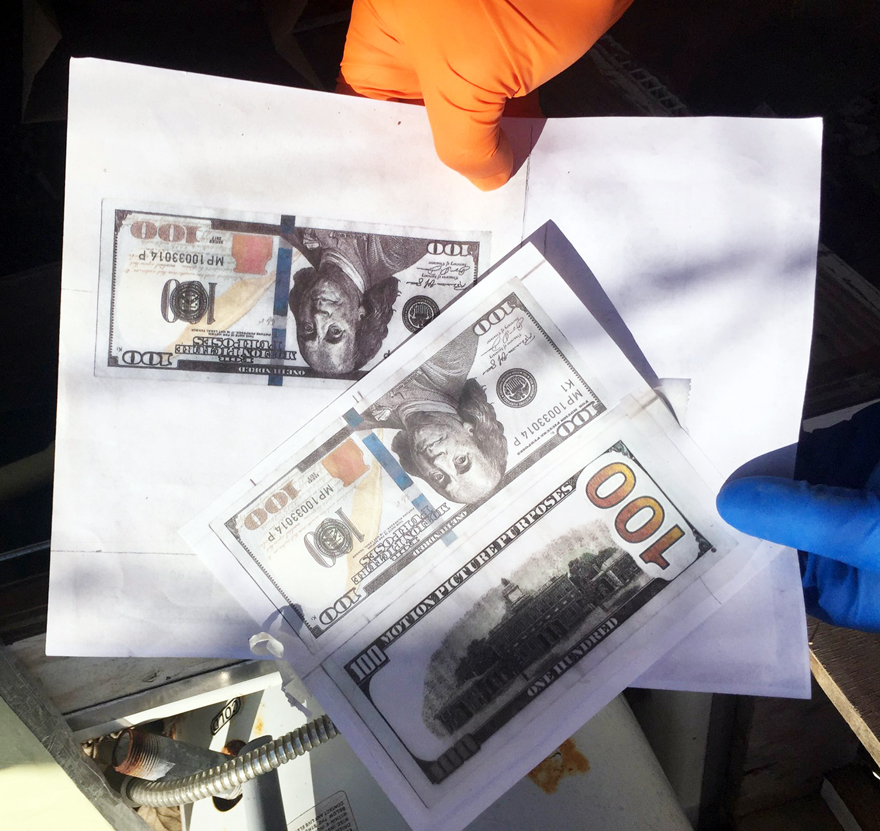 As reported last week, approximately $12,000 in counterfeit currency was seized and six arrests were made this past February 1 in Medina County, while authorities dismantled a large counterfeit manufacturing organization in the Hondo area. According to Sheriff Randy Brown, it was one of the biggest counterfeit busts we’ve had in Medina County, with more than 40 officers from state, federal, and local authorities assisting in the raid.
Authorities began the raid in the 200 block of County Road 442 around mid-morning. The location was north of Hondo, out near the Cowboy Church.
“There were five or six different structures scattered across about 20 acres, like a little counterfeit compound, so about 40+ people were needed to conduct the raid as well as DPS aircraft,” Sheriff Brown said.
This operation has likely affected the whole county, Brown said.
“We’ve had several little busts before, but nothing like this,” Sheriff Brown said. “The fact that we recovered $12,000 leads me to believe this operation has been going on for quite some time. There’s no telling how much counterfeit money they’ve put into circulation around here already. You might have one of their $100 bills in your wallet and not even know it. An operation this big effects the whole county, not just the Hondo area.”
Sheriff Brown adds, “There’s nothing elaborate about how they do it now. We found counterfeit 10s, 20s, 100s, just about everything except a $1 bill, and they are pretty good copies. The paper quality is not very good, and they wouldn’t pass the pen test, but they’ve been able to make a pretty good copy of a $100 bill, and they are just using plain old paper and a plain old color printer.”
Sheriff Brown hopes to send a message to illegal operations like these, “We are going to come see you, sooner or later, we are coming.”