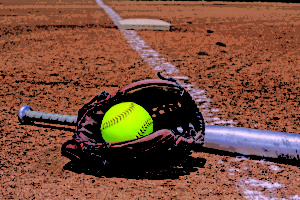 The Natalia Lady Mustangs began their season last week with scrimmages at Beeville before a home battle versus Kerrville Tivy. Despite being without a few players due to basketball season ongoing, the girls in blue had strong showings against the 4A and 5A ball clubs.
“Both Beeville and Tivy are well known for being tough ball clubs,” Coach Tamara Bednorz said. “We came out swinging and did a great job of putting the bat on the ball. We also had some great defensive plays.”
According to Bednorz, one of those great defensive plays was a double play versus Beeville executed by Mena Figueroa, Tatyana Alvarado and Gabby Contreras.
“Some of the things we have to be better at are talking on the field, small ball defense and base running,” Bednorz said.
Versus Beeville, Natalia scored three runs compared to two by Beeville and reports had Natalia and Kerrville finishing the scrimmage tied in scoring 4-4.
Right now, Natalia has give players on the field who were apart of the starting line-up a season ago and they include: Dani Garza (Sr. P), Biviana Figueroa (Jr. C), Gabby Contreras (Jr/ 1B), Gabi Sontoya (Jr. 3B/OF) and Mena Figueroa (Soph. SS). This does not include starters from a season ago who are playing basketball right now.
“We have at least five returning varsity players who are still in basketball,” Bednorz said.
Natalia was at home Monday night, February 4th versus St. Anthony for a scrimmage versus the Lady Jackets. The Lady Mustangs round out scrimmage action Saturday, February 9th in San Antonio versus the Lee Lady Volunteers (6A).
Natalia is set to open their season on Tuesday, February 12th versus Ingram before traveling to Kerrville on February 14th-16th for the Tivy Invitational Tournament.
By Eric Smith