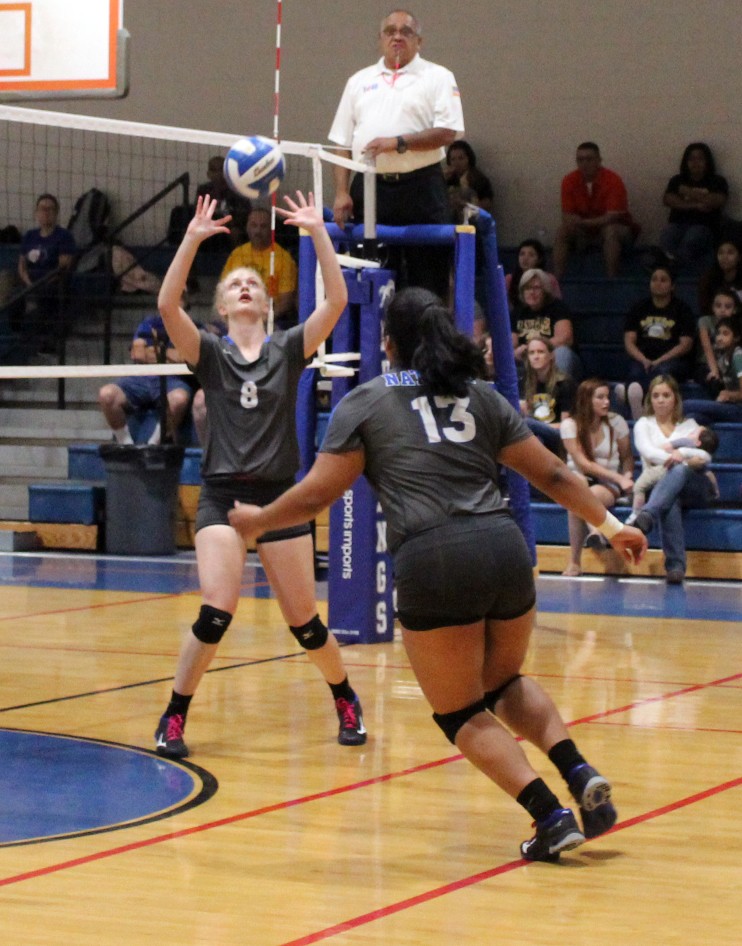 It was quite the atmosphere in Natalia last Tuesday, October 9 as the Lady Mustangs hosted the undefeated (in district) leading Jourdanton Squaws. Natalia gave the Squaws a run for their money and then some, before falling in a five set marathon battle.
“We were humbled by the support from our community and students who filled the stands last Tuesday,” Coach Tamara Bednorz said. “We will keep competing as we head into our final three district games.”
Natalia came out and popped the Squaws in set one 25-23, before allowing J-Town to win sets two and three 25-20, 25-21.
The Lady Mustangs turned the tables in set four 25-22, before eventually falling 15-13 in a thrilling set five. Natalia is the only team in district to force five sets versus the Squaws in district.
Stat Leaders: Aces- Boucher 2. Kills- Masters 13, Boucher 3. Digs- Perez 13, Zapata 8. Blocks- Vera 2, Joseph 1. Assists- Boucher 15, Masters 6.
Final District Battles
On press night, Natalia hosted Dilley. This Friday, October 19th Natalia travels to Frio County to battle the Lady Wolves at 5:00 and 6:00 p.m.
On Tuesday, October 23rd Natalia rounds out district 30-3A action on the road at 5:00 and 6:00 p.m. As of press time, Natalia was sitting in 3rd place behind Jourdanton and Cotulla and just head of Lytle.
District 30-3A will travel south for the playoffs, instead of north like the previous four years. If Natalia was to finish in 3rd, they would face the 2nd place team out of 29-3A. 29-3A teams include: Aransas Pass, George West, Goliad, Mathis, Odem, Skidmore-Tynan and Taft.
By Eric Smith