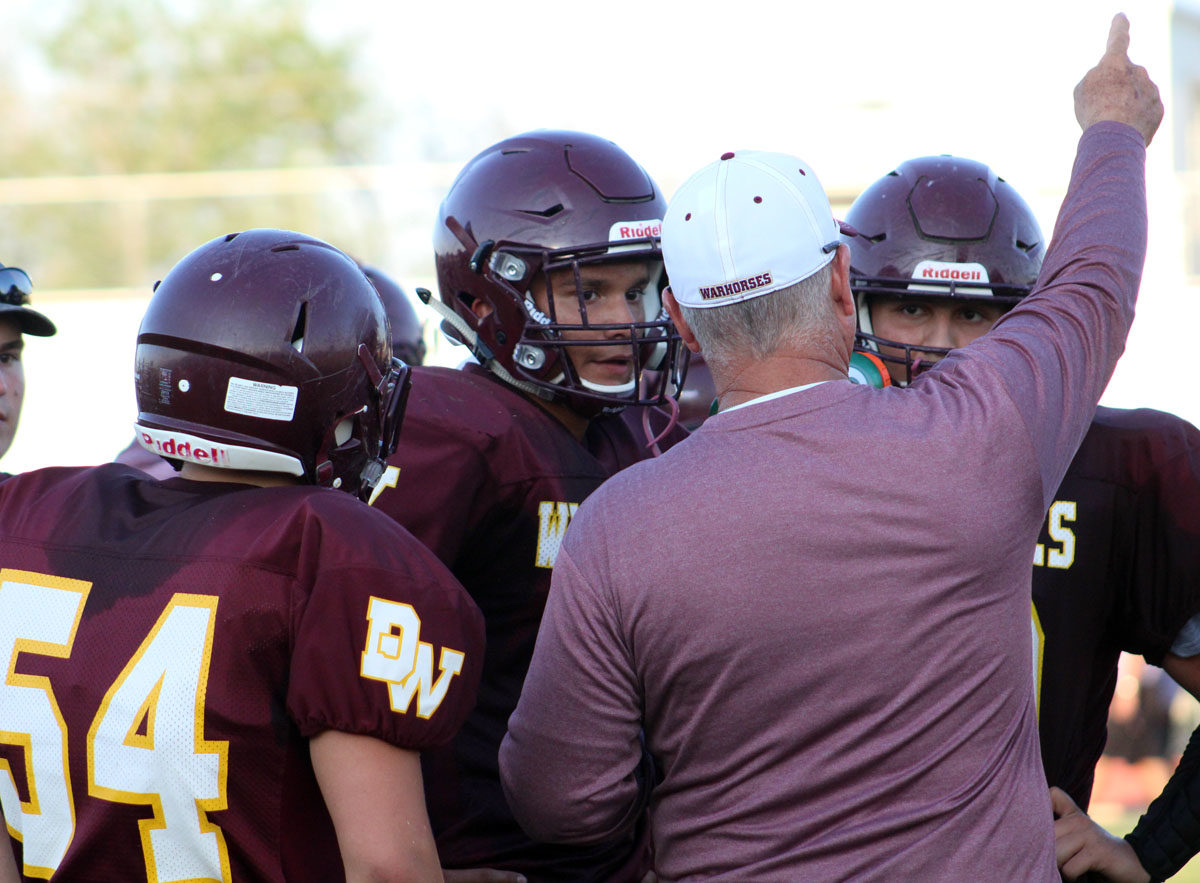 Twenty to nothing. The JV Warhorse football team keeps successfully rolling along, defeating the Marion Bulldogs last Thursday night in Marion to run their record to a perfect 3-0 on the season.
According to play-caller Heath Poppe, “Chris Wilcox had a great game at tight end. Without his blocks in the second half, we would not have been successful in the run game. Even though we left some points out there on the field, I like the direction this team is going offensively. The first drive ate up the entire first quarter, but we failed to convert on a fourth down after a penalty. We also fumbled in the fourth quarter on their 10 yard line. We would have liked to have had that score to close out the game. Otherwise, we played very well offensively, at least during the 2nd half.”
“Sergio Martinez stripped a ball away and ran it down to the twenty yard line,” stated defensive coordinator Scott Taylor. “We scored after that turnover and the defense played well throughout. Kyle Hidalgo, Mason Perez, and Chris Wilcox played well in the interior defensive line while Jose Espinosa, Donovan Camacho and Demi Monreal made a lot of positive plays in the secondary.”
The JV hosts the Central Catholic Buttons Thursday night at Warhorse Stadium. Kickoff is set for 6:45pm.
By Jerel Beaty
Staff Writer
or