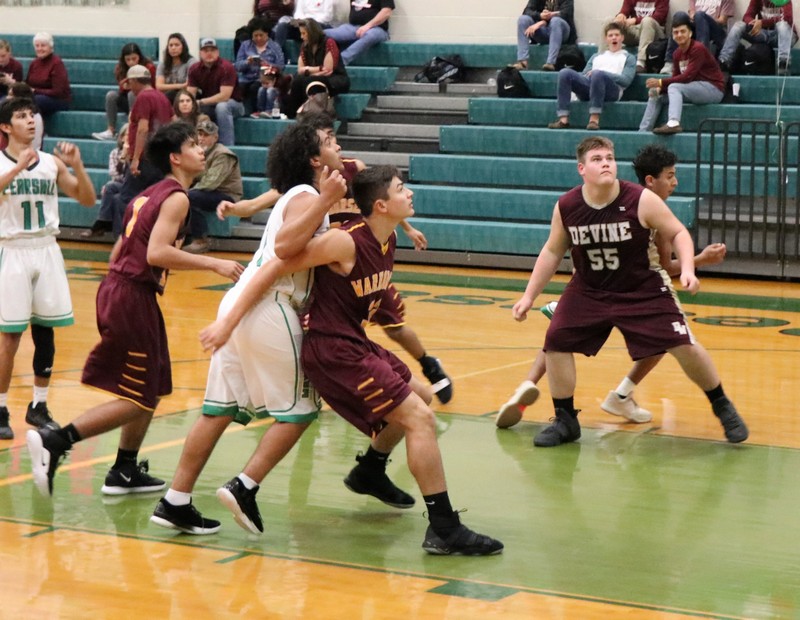 A win feels even better when it is against your district rival and more so when you beat them for the second time in a season. The JV Warhorses felt great after beating Hondo 45-42 last Friday night.
Leading 14-12 at the end of the first, Devine fell behind by the end of the half at 18-21. They came out more aggressive in the third and so did Hondo. The game was back and forth but Devine was able to pull out the win 45-42. Scores by quarter: Q1 14-12, Q2 18-21, Q3 35-34, Q4 45-42.
“The boys beat Hondo for the second time this district season. We were aggressive but did not close out on shooters. We shot poorly from the free throw line. These kids are getting better every game and are fun to watch,” stated Coach Evan Eads.
Jose Dozal led with 16 points, assisted by Xavier Contreras 10, Matthew Madrid 6, Chrsitian Gerlach 5, and Sage Ornelas and Hunter Farias with 4 each.
By Dicy Chambers
Sports Writer