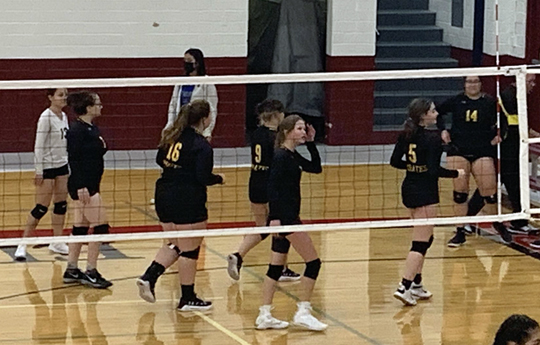 The JV Lady Pirates headed to San Antonio on Saturday to compete in the Memorial JV Tournament. They played several 5A schools and found themselves in the Consolation Championship game.
They dropped their first game against Judson Veterans Memorial Patriots and quickly adjusted to the larger school’s aggressiveness. They lost 15-25 and 18-25 but “they made a statement that they would compete with schools five times their size,” said Coach Jay Tope.
Up next was the SA Kennedy Rockets and Lytle took them down 26-24 and 25-14. This big win put them in the Consolation game against “5A Memorial Minutemen, the host team for the Tourney. This match went all three sets, with the Lady Pirates falling 15-8 in the final set. It was a great experience for the players, and we got better because of this tourney,” added Coach Tope.
The JV will get back into district play when they face Poteet this Friday in Poteet. They will play Karnes City at home on October 5th and then in Poth on October 8th.
By Dicy Chambers
Sports Writer