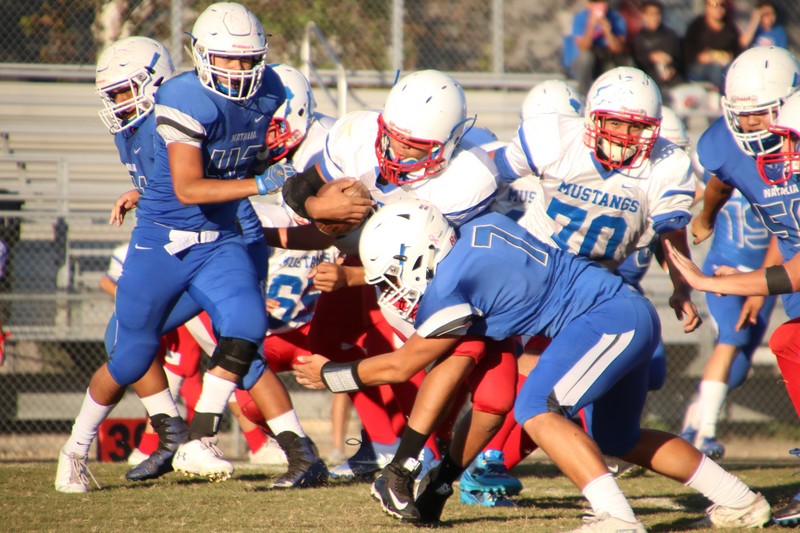 The 2018 edition of the Natalia JV Mustangs finished their ten game season without a single loss. Natalia was able to pick up eight lop-sided wins along with two ties to cap off a productive year that has many hopeful for the 2019 varsity.
“What a great way to finish our season on a high note,” Coach Jeff Terry said. “Our kids have done a great job all year competing at practice as well as in the games.”
Natalia was able to defeat Skidmore-Tynan on the road last Thursday 28-6. Jake Navarro was able to pass for two touchdowns to Chris Saldana as Adrian Vasquez and Ryan Rizo added one rushing touchdown each on the night.
“We had a couple of games that didn’t go our way, but the players did a great job at bouncing back when facing adversity. I am really proud of the way we played this year and I look forward to these guys playing at the varsity level when they get their chance.”
By Eric Smith