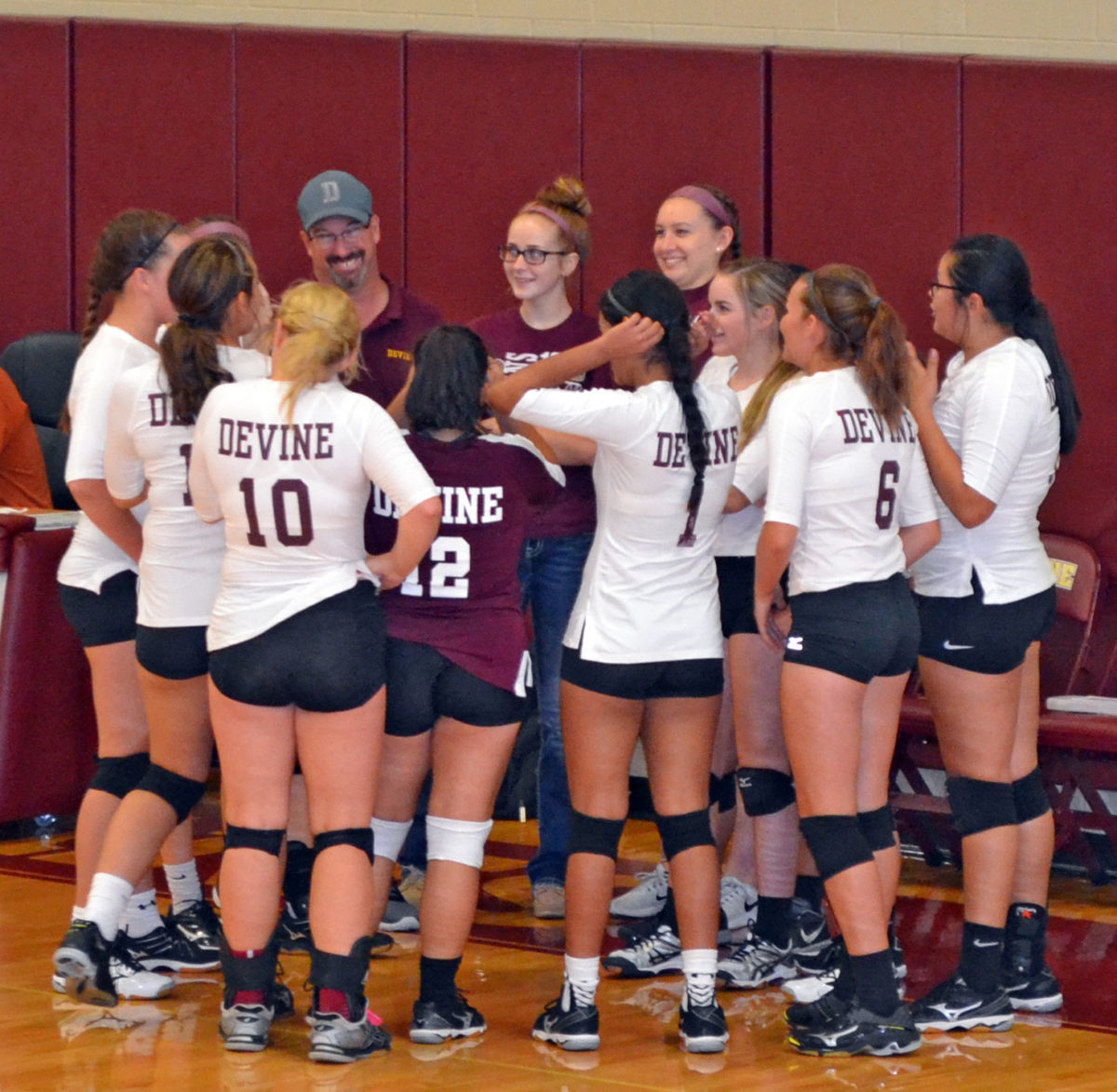 The JV Arabians are preparing for the upcoming district season with games and tournaments.
“We started off a little rough,” JV team member Sara Moreno said. “After hours of practicing, we found a great system of working together which should lead to us winning district.”
They played against both the Jourdanton Lady Squaws and Pleasanton Lady Eagles on Aug. 8. The games were close, but they ended in a loss.
“First game jitters and mistakes led to the undoing of the JV Arabian volleyball team,” Coach Mark Mangold said. “We did a lot of good things including our serve/receive, but our offense was a little off.”
Their home tournament was this past Saturday. The Arabians took the 1st place title against the Poteet, Uvalde, Pleasanton, Lytle, Pearsall volleyball teams.
“I encouraged the girls to keep up the good play during the tournament and reminded them that the Pleasanton game was payback for Tuesday and to be on their best game,” Coach Mangold said.
They first played Poteet winning the first two games 25-10 and 25-15. Next was Lytle where they won again in two games 25-6 and 25-4. They then headed to the championship round against Pleasanton winning 25-13 and 25-12.
“Saturday was great not only because we won, but because we played as a team,” Coach Mangold said. “I am proud of the Arabian efforts and the results of a well-deserved tournament championship.”
By Abby Kohlleppel
Staff Writer