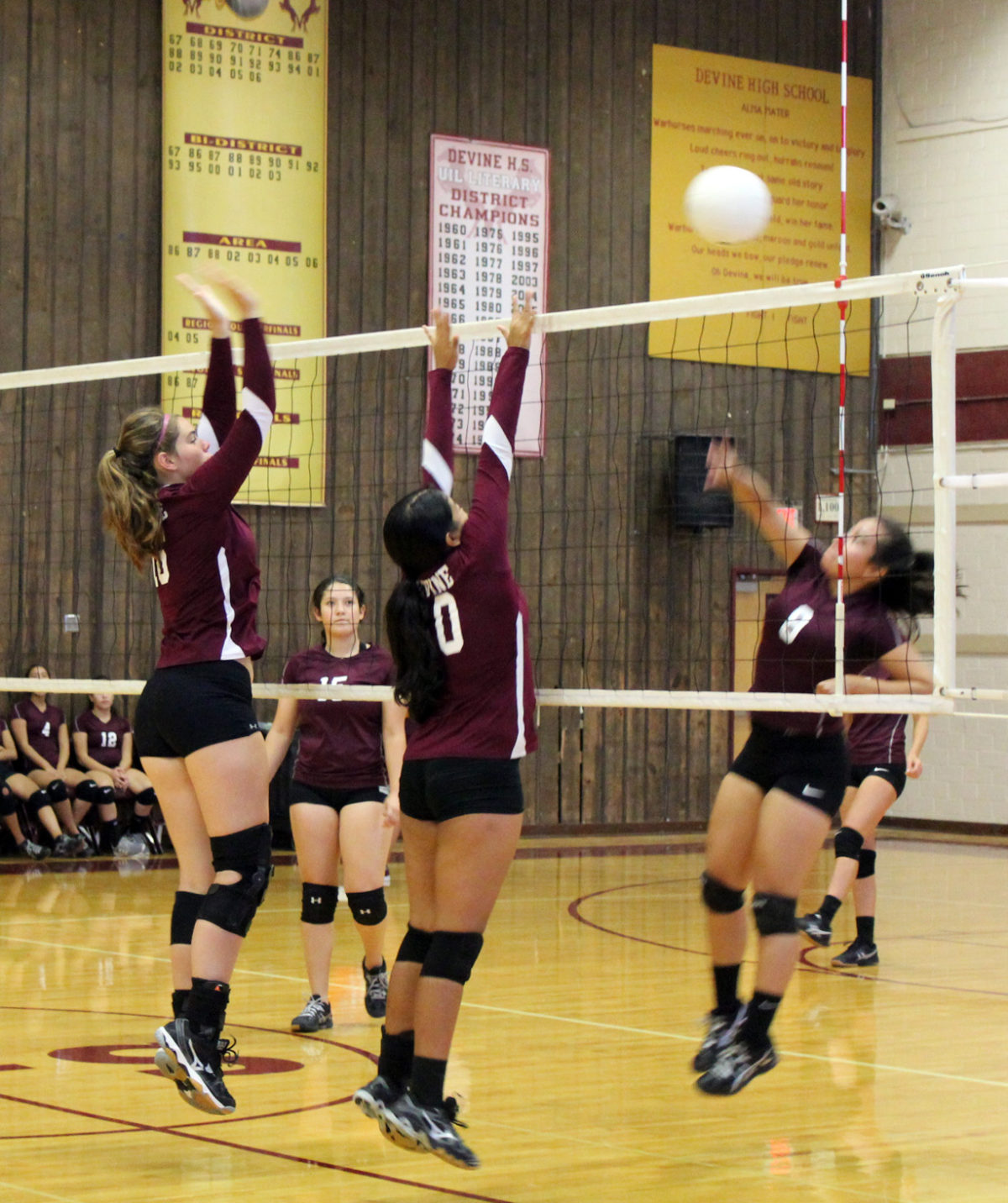 The freshmen took both wins on Tuesday during their first two games against the Jourdanton Lady Squaws and the Pleasanton Lady Eagles.
“I was very pleased with the first night of volleyball games,” Coach Kim Lane said.
The first win was against Pleasanton with scores of 25-14 and 25-13. They rallied in a close set against Jourdanton but came ahead 26-24, and then took the win in the second set 25-14.
“I saw some great things and some room for growth both defensively and offensively,” Coach Lane said.
On Saturday, the Freshmen took home the 1st place title at their Devine JV/Freshmen volleyball tournament. Poteet, Lytle, Pleasanton, Pearsall, and Uvalde all attended the tournament.
“The girls did very well in this past weekend’s tournament,” Coach Lane said.
They defeated Poteet first 25-13 and 25-14, then Lytle 25-5 and 25-7 taking them to the championship round. They battled Uvalde for the 1st place title but won in two sets 25-15 and 25-14.
“The team is making big improvements, and if they continue the season will be very successful,” Coach Lane said.
By Abby Kohlleppel
Staff Writer