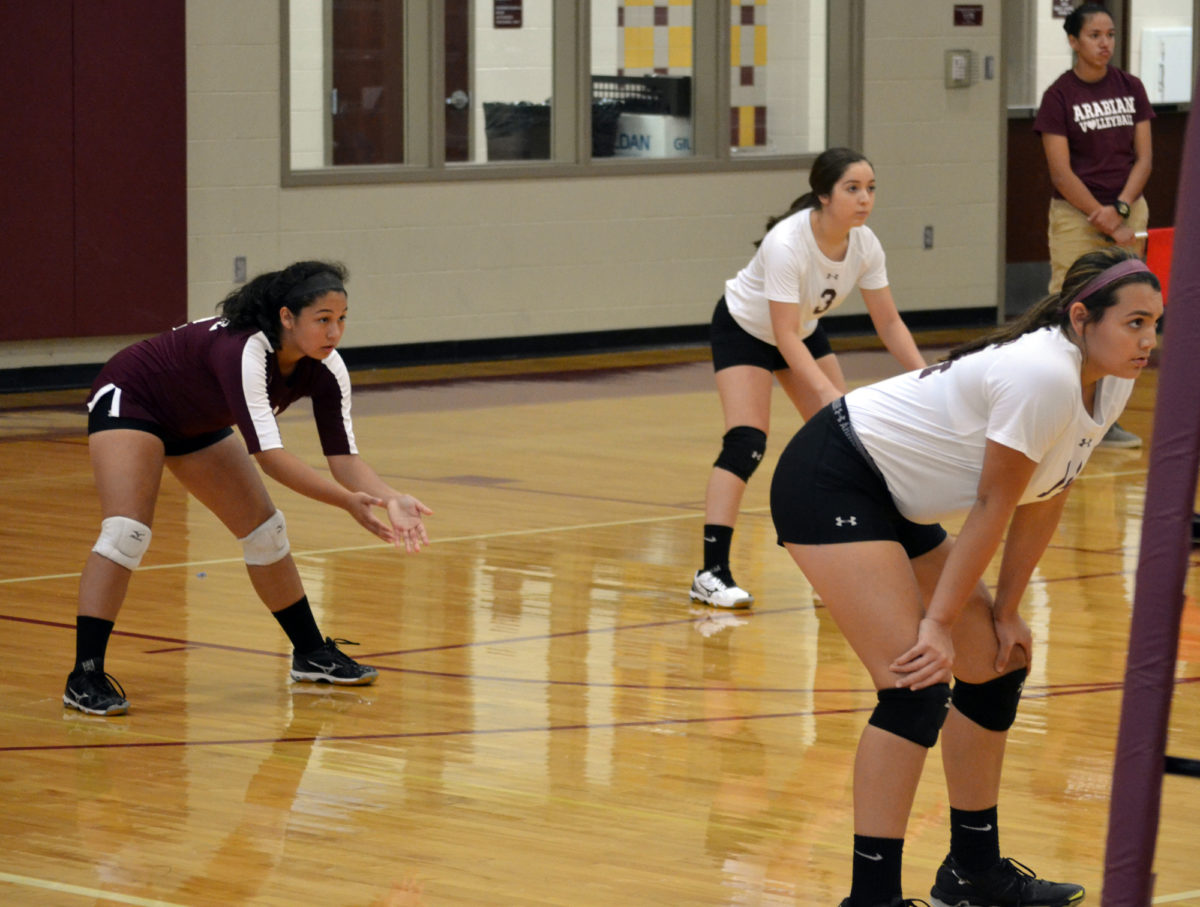 The JV Arabians defeated Lytle to complete their undefeated season. They won in two games; 25-21 and 25-10.
“Last game of the year and a chance for an undefeated district record our pre game confidence was high,” Coach Mark Mangold said. “From the start, we made fantastic plays on both offense and defense. However, we missed a combined 8 serves in game one and that allowed Lytle to stay within striking distance of our district record.”
Offensively, the girls had 18 kills; Sydnie Harrell 6, Clarissa Zamora 5, Janaee Wofford 4, and Jasmine Pompa, Halle Hagdorn, and Sara Moreno each with 1. There were 20 assists made by two girls, Wofford with 11 and Brooke Runyan with 9. They also had 13 aces; Gabby Rodriguez 4, Myla Miles 3, Wofford, Moreno, and Pompa each with 2.
Defensively, they had 19 digs; Moreno 7, Miles, Kaylee Howard and Wofford each with 3, Rodriguez 2, and Runyan 1. There was one block made by Pompa.
“We limited our errors towards the end of game one and were eager for a fresh start and game two,” Coach Mangold said. “A beautiful game everyone was focused with their positions and substitutions and we played almost perfect. This was a great end to an exciting year and another JV district championship.”
By Abby Kohlleppel
Staff Writer