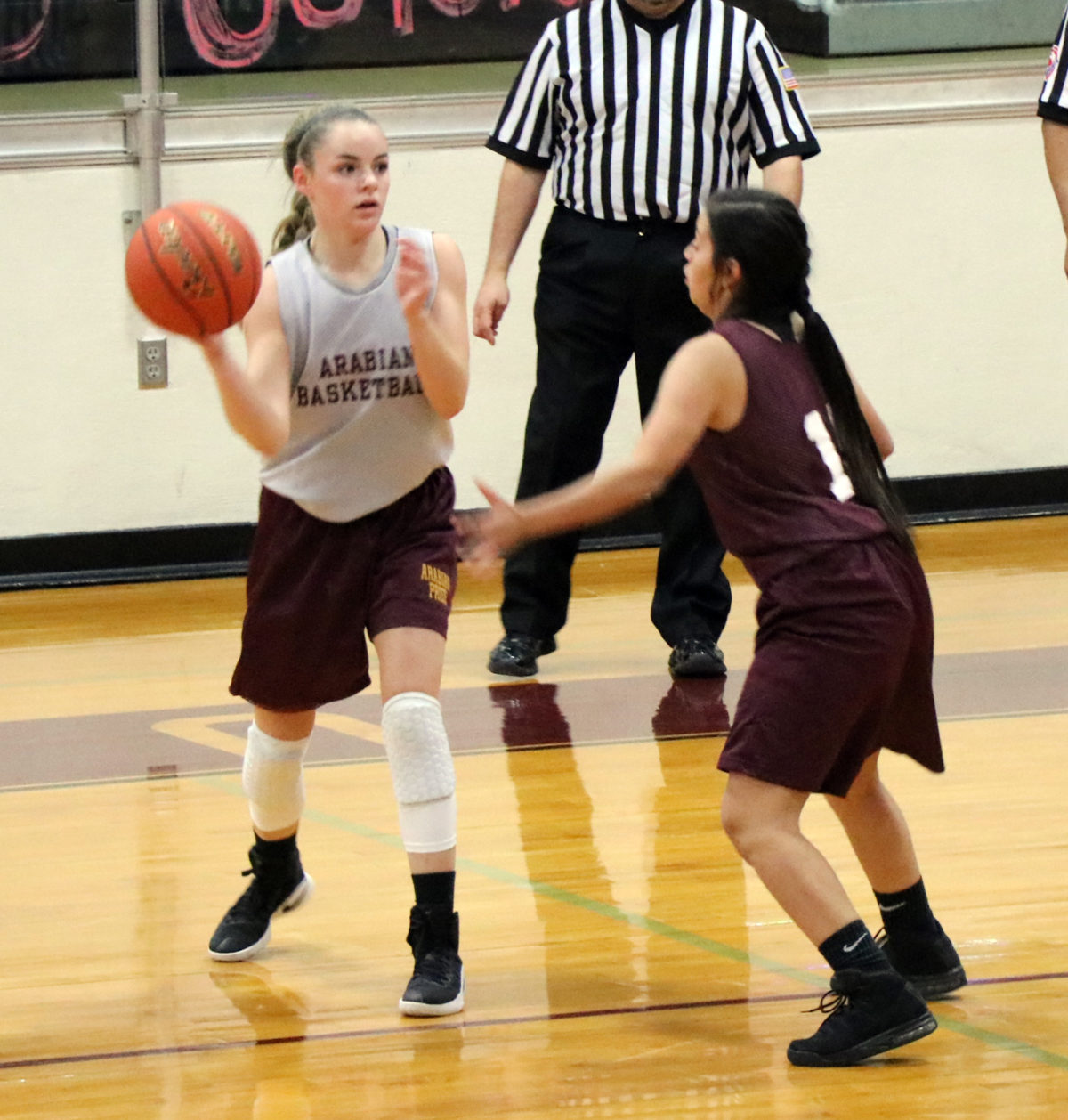 On November 6th the JV Arabians faced Boerne and after an aggressive game from both teams, the Arabians lost 25-33. Gabby Rodriguez led the team in points with 7 and Janaee Wofford was close behind her with 6 points of her own. Destiny Moralez and Alexa Garza each scored 4 points and Ally Taylor and Ally Long each had 2.
Coach Jim Sessions stated, “The girls played well on both sides of the ball and played aggressively against Boerne. There is a lot to work on this season, but it was a good start for this group.”
The JV was supposed to play in the Cole tournament, however the JV division of their tournament has been canceled and it has been rescheduled for December 16th.
By Dicy Chambers
Staff Writer