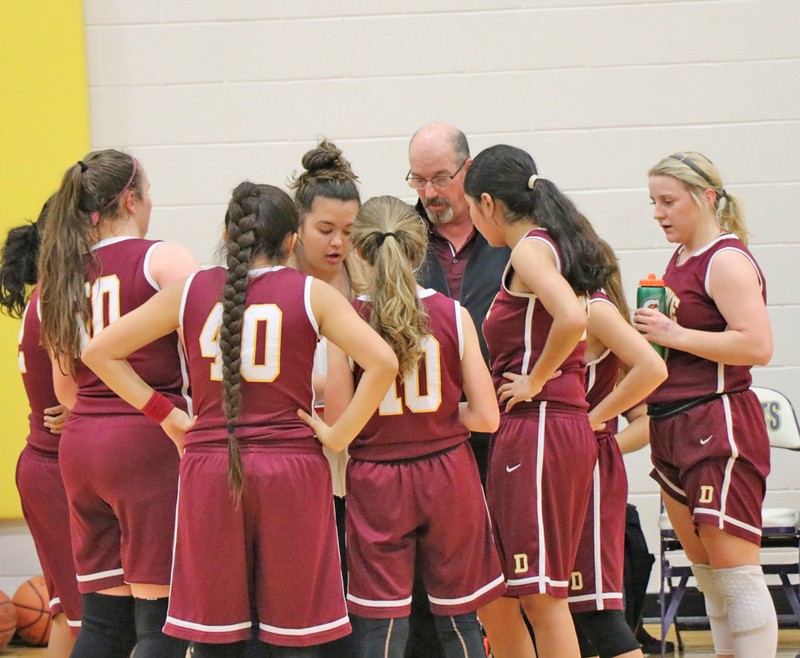 It was a game of free throws when the JV Arabians faced Pearsall in their final game of the year, last Friday night. Nearly half of Devine’s points came from the free throw line as Pearsall sent them there 14 times. Devine played a much cleaner game and Pearsall only found themselves at the line three times. The Arabians made 15 of their 28 free throws and won the game 33-16.
In the aggressive game, Pearsall found the lead early in the first quarter but couldn’t keep it and Devine finished the first half ahead by one point. The Arabians took control of the game in the third and out shot Pearsall 8-1. The Arabians continued to dominate and ended the game 33-16.
Mackenzie McClellen scored 8 points, Janee Wofford and Baleria Arana 7 each, Analea Brooks 6, Brianna Bowyer 3, Jojo Villanueva 2, and was assisted by Pauline Calame in this final win. The JV Arabians have finished their season 18-8 overall and 5-3 in district.
By Dicy Chambers
Sports Writer