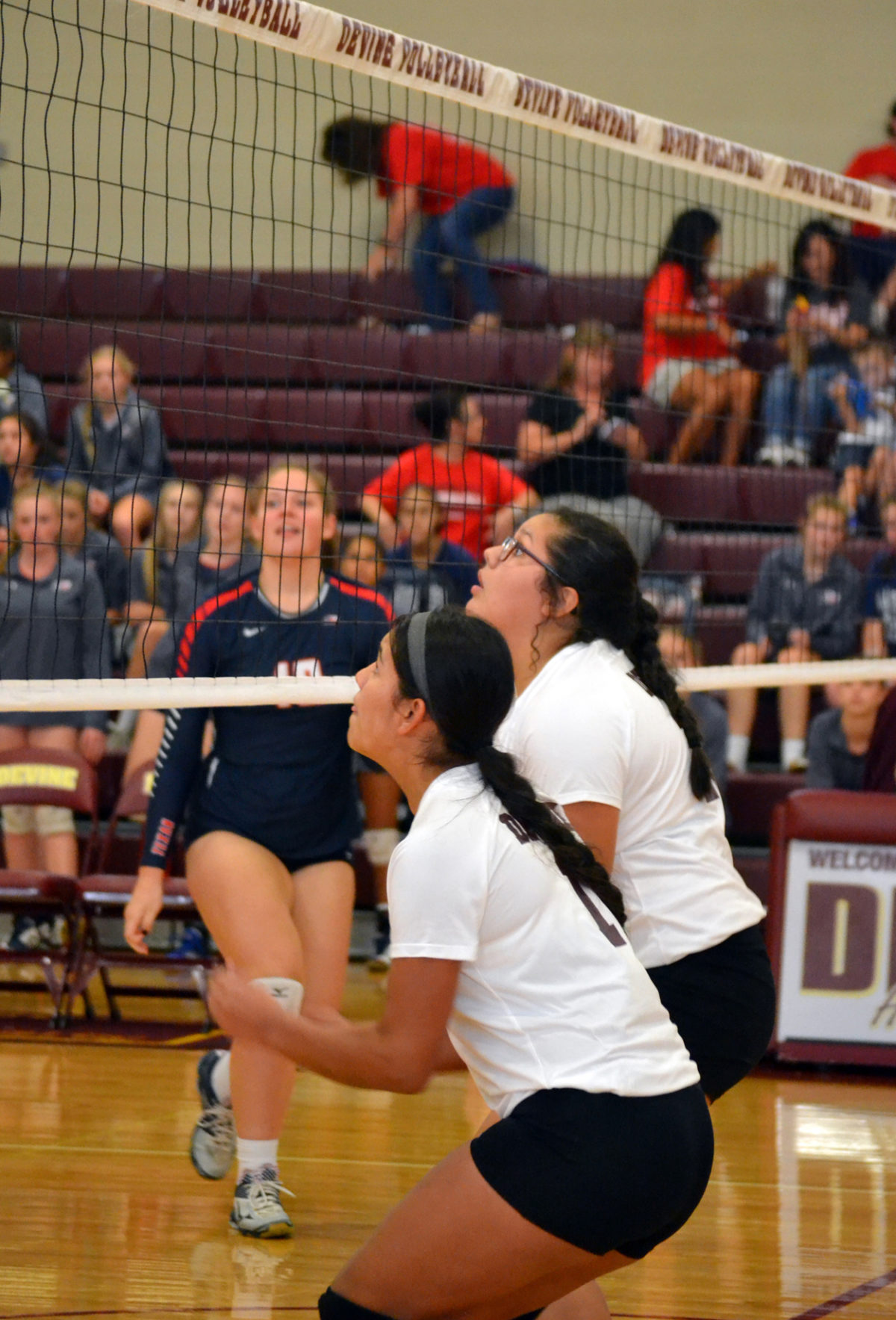 The JV Arabians played Crystal City Friday, September 29th in Crystal City. Devine was able to beat Crystal City in two games: 25-16 and 25-12.
“A rainy road trip to Crystal City with the hopes of another district win. It’s always tough in Crystal City but we believed that we really had control of tonight’s outcome. Play good and win or make mistakes and lose. Throughout the contest, we showed signs of quality play interrupted by a few unfortunate moments. We did some great things tonight and many more great things than bad and that usually leads to victory,” state Coach Mark Mangold.
Offensively, the JV had 14 kills. Leading the way was Jasmine Pompa and Clarissa Zamora each with 4, followed by Kelsie Archie and Sydnie Harrel with 2 each and Halle Hagdorn and Sara Moreno each with 1. There were 11 assists made by Janaee Wofford 8 and Brooke Runyan 3. There were 20 aces led by Runyan with 7 and assisted by Gabby Rodriguez, Moreno and Wofford each with 4 and Pompa with 1.
Defensively, the girls had 17 digs. Runyan and Myla Miles led with 4 each, followed by Destiny Morales, Kaylee Howard, Rodriguez and Harrel each with 2 and Moreno with 1.
The JV is 2-0 in district and 9-14 overall for the year.