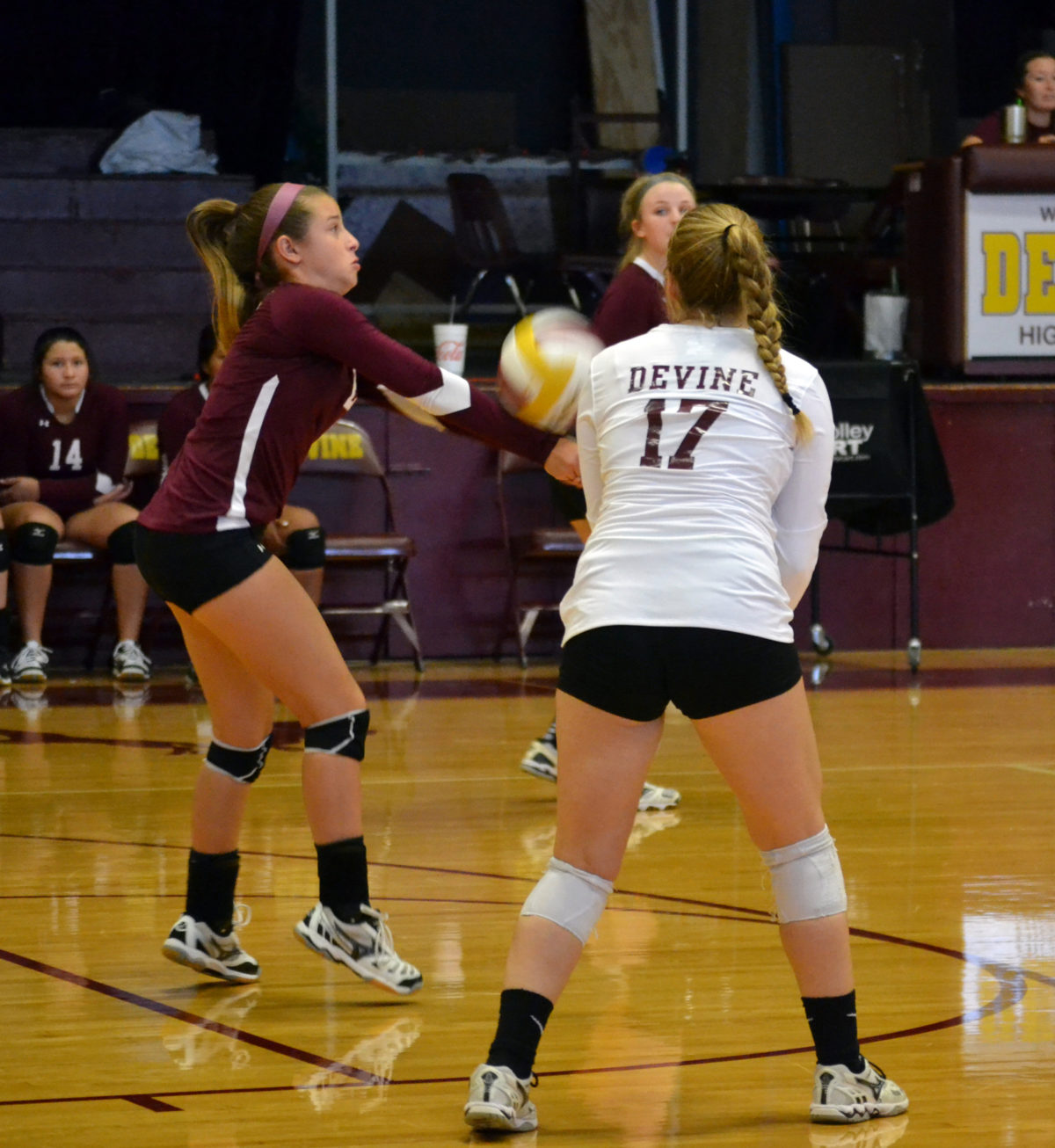 The freshman team did a great job Friday against District opponent Crystal City. The girls came out on top in two sets, 25-10 and 25-12.
The start of set one we had a few serving errors but quickly turned around and had several nice Aces. In set two, the girls struggled to stay focused with a slower paced game but managed to come away with some great kills.
Brandi Dubose and Allyson Taylor each had 3 kills and Laurel Spannagel had 1. Dubose and Taylor also each had 3 Aces, while Selly Gutierrez, Heidi McLaughlin, and Madison Mata each had 2.
“The girls played great and going forward will have to learn to stay focused in their level of play for the remainder of the season,” stated Coach Kimberly Lane. “They will face Navarro on Tuesday and they will have to be ready for a faster paced game. I know the girls are ready to come out with a win from this tough team.”