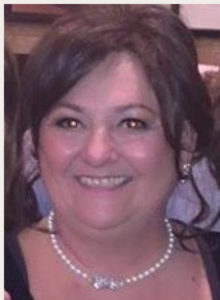 Josephine “Josie” Blatz Bradley died Tuesday June 20, 2017, at the age of 63, after a long battle with cancer.
Josie is preceded in death by her parents, Herring and Selma Blatz, and sister Becky Haass. She is survived by her nephew Chip Haass and his wife Cariño Cortez-Haass, Brady Haass and his wife Stephanie Haass and their twins, William and Sydney and dear friend Walter Garrett, who began a romantic relationship with Josie in August 2012 and remained by her side until the end.
Born in Devine, Texas June 22, 1953, Josie and her sister grew up in a tight-knit community on Teel St. Surrounded by family and friends, Josie’s upbringing valued hard work as a way of life and everyone lived by the golden rule. Some of Josie’s fondest memories as a child were spent on her daddy’s farm off Big Foot Rd where she loved seeing the sunsets and blooming wild flowers.
Josie graduated from Devine High School in 1971 and earned a Bachelor of Science degree from Texas A&I University – Kingsville in 1975. She spoke endearingly about her friends made during college as a member of the Alpha Delta Pi sorority. Her Devine work ethic served Josie well during forty years of service to the banking industry. During her banking career, Josie worked and lived in many cities including Las Vegas, NV, Starkville, MS, Baton Rouge, LA, and St. George, Virgin Islands. Josie eventually retired in 2014 from Wells Fargo and returned to San Antonio.
Josie’s uninhibited personality made her impossible to forget. Her sense of humor was unmatched and she brought joy to scores of family and friends throughout her life. Her laugh and smile will be deeply missed but never forgotten.
Graveside service was held on Monday, June 26, at 10:00 am at St. Joseph’s Cemetery, 270 W. Colonial Pkwy. In lieu of flowers, Josie wished for contributions be made to her family’s scholarship fund named for her mother and father, the Herring and Selma Blatz Scholarship Fund, 108 S. Washington, Devine, TX 78016.
Arrangements are under the direction of Hurley Funeral Home.