Tonight at 7 pm, The CMA Awards will air on ABC.
“For anyone watching, our son Bart is nominated as one of the producers of'”Dirt On My Boots,’ sung and co-produced by Jon Pardi, which us up for Single of the Year. Keep your fingers crossed for him, Linda and I! We couldn’t be more proud! Jon is also nominated for Song of the Year and New Artist of the Year and is an amazing young man,” said Hondo man Bill Buter, Bart’s father. 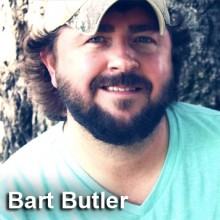 Bart is a native of Hondo,TX. He now lives in Nashville,TN where he is a successful songwriter and producer.