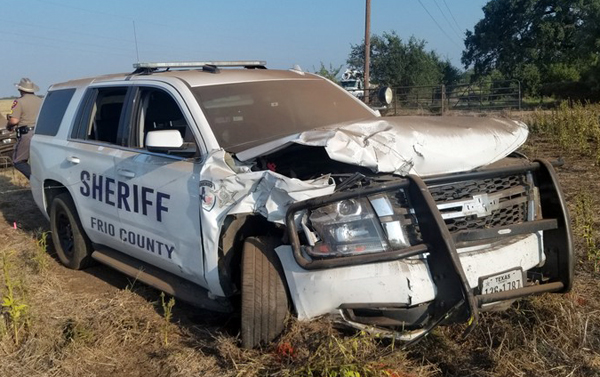 DPS responded to a call for a wrong way driver on I35 around 6 am September 19. Troopers located the vehicle on FM 462 in the Moore area and attempted to stop the driver, but he fled.

The driver led authorities on a high speed pursuit all the way from Moore to Hondo, leading them behind Walmart on a small back road and then out onto Hwy. 90 and down Hwy. 173 headed toward Devine.
Devine PD was contacted as asked to put out spikes, but the suspect crashed about 3-4 miles south of Hondo into a Frio County Deputy’s vehicle.
“Two of my deputies transported to the hospital and released later on that day, one with minor injuries, the second with injuries to his foot and spine that will need further evaluation,” according to the Frio County Sheriff’s Office.