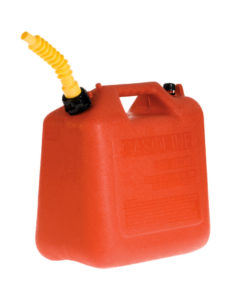 Gasoline prices are poised to rise across wide portions of the United States as Hurricane Harvey shuts down refineries in the nation’s largest refining hub in Texas. In addition, GasBuddy has activated its gas availability tracker (http://tracker.gasbuddy.com) to help motorists in affected areas find gasoline starting today. The crowd-sourced tracker can be updated by motorists and displays the status for locations that have been reported to GasBuddy. Motorists are encouraged to report the status of any station they see to help others find gasoline or avoid stations with no fuel. Already, the gas tracker shows some stations in Houston that have no gasoline, and will help to serve motorists who are trying to evacuate from the area.
As the major hurricane takes aim for Texas, several refineries have shut down in Corpus Christi, while a major refining hub in Houston continues to operate, but may come under attack from Harvey over the weekend, resulting in a possible large disruption to gasoline supply, sending gas prices higher across not only the South, but much of the country. The shutdowns have led wholesale gasoline prices to rise nearly 10 cents per gallon, varying by location with the largest jumps in the Gulf, unsurprisingly.
“This storm came out of left field and while we were all watching the eclipse, Harvey was gaining steam and pushing forward. The impact on Texas could be significant, which could lead to long-term issues in terms of gasoline supply for large portions of the country. While the picture continues to change, one thing is nearly guaranteed: gasoline prices in every state will be impacted to varying degrees over the next 1-2 weeks, possibly longer, so buckle up and be ready,” said Patrick DeHaan, senior petroleum analyst at GasBuddy.
While the exact impact to gasoline prices is not yet fully known due to the changing trajectory and path of the storm over the next few days, a clearer picture should emerge by early next week after some initial assessments start to trickle in. A worst-case scenario would involve extensive damage in the refining hub of Houston. Rain and storm surge are the largest threats to refineries there. Refinery shut downs lasting more than 2 weeks would have a large negative impact on gasoline prices moving forward. Motorists are urged to stay tuned to GasBuddy for more information. In addition, GasBuddy will be sending notifications on rising gas prices, should there be an impending spike to gas prices. Users who have push notifications turned on will receive these alerts from GasBuddy at no cost.