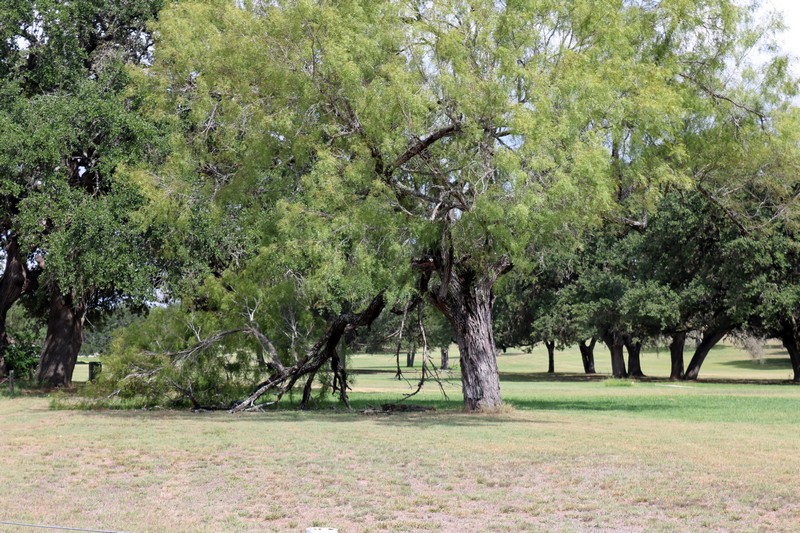 According to a report by John Daniels, an agronomist with the United States Golf Association who toured the Devine Golf Course on August 3, “it is clear that fundamental agronomic practices and infrastructure upgrades have been lacking for some time,” and that extensive problems at the course can be attributed to “the result of years of deferred maintenance.” 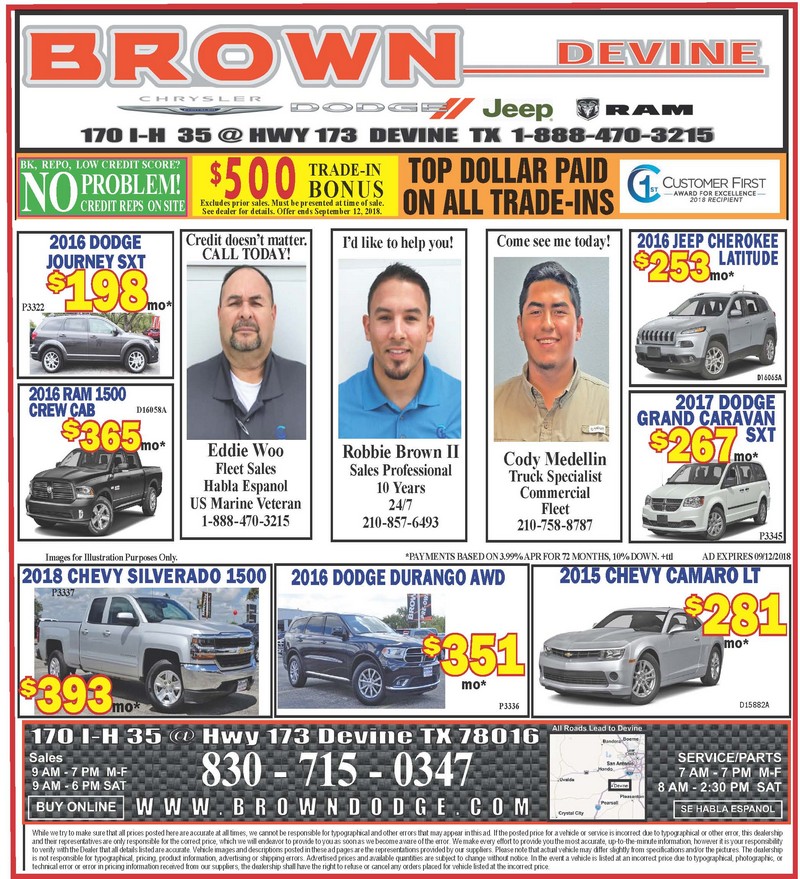 Daniels submitted a report to the City detailing his observations, which he divided into the following parts: putting greens; fairways, tees, and rough; irrigation system; maintenance equipment and storage; and labor.
Issues Daniels noted include the following:
Putting greens – very poor turfgrass health; worn flagsticks, flags, and hole liners in need of replacement; spongy surfaces and poor turfgrass rooting; extremely uneven putting surfaces whose “playability would not be considered acceptable by most golfer standards.”
“It is apparent that fundamental cultivation practices of aeration and sand topdressing have not occurred for some time,” Daniels wrote.
Fairways, tees, and roughs – turfgrass quality that varied from fair to poor; drought-stressed bare areas due to lack of irrigation; little distinction between the fairway and rough; “a plethora of weeds” that “was both unsightly and negatively impacting playability,”; downed trees that were not removed despite being dead and in play; numerous unhealthy trees that needed to be completely removed; and more trees that needed to be pruned.
“Trees are an important component of golf courses and must be managed each year to prevent issues with turfgrass health and playability,” Daniels wrote. “This has not been taking place at Devine Golf Course and needs to be corrected.”
Irrigation system – numerous sprinkler heads were not working correctly (an average of four per hole), leading to turfgrass loss and poor playing conditions; poor coverage resulted in drought-stressed areas and loss of turf; large amounts of water was leaking from an irrigation pump, which needs to be evaluated by a pump station service provider.
Maintenance equipment and storage – the current maintenance building is too small to store all the equipment necessary for golf course maintenance; many pieces of equipment were left outside in the elements; one mower had recently caught fire, and another had broken down and been abandoned; inoperable equipment was taking up space inside the building; the inside of the building was disorganized and littered with parts, tools, and debris; pesticides and fertilizers were left sitting on the ground instead of being properly secured; outdoor fuel storage tanks were not properly labeled and did not have a secondary containment area to prevent fuel from spilling onto the ground, and were located under an oak tree that had shed leaves, causing a fire hazard; there was no hydraulic lift to repair equipment.
Labor – the golf course maintenance staff currently consists of three people, and Daniels recommended at least six, in addition to Course Superintendent Ruben Chapa; at least one staff member should have the training to be able to repair and maintain equipment.
Two other employees work in the clubhouse but are not involved in course maintenance.
The City has already taken steps to address some of the inherited problems. Included in the money spent in the August 28 Special meeting were payments to Ameriturf for fertilizer for the putting greens and herbicide for the fairways, and to Keeling for new sprinkler heads (see separate golf course story). Public Works Superintendent Rob Flores is seeking quotes on replacing the flagsticks, flags, and hole liners, and City administration has spoken with two arborists regarding the issues with the course’s trees.
Additionally, Flores said one roll-away dumpster has already been filled with detritus from the maintenance building and around the course, and that cleanup is still ongoing.
“Everything in the report is being addressed in some form or fashion,” Flores said.
Chapa, who has 18 years of experience in the golf industry, said the course has come a long way in the month since the City took over.
“It’s really made a turnaround, and so we plan on being here and making improvements as long as y’all will have us.”
By Marly Davis
Staff Writer 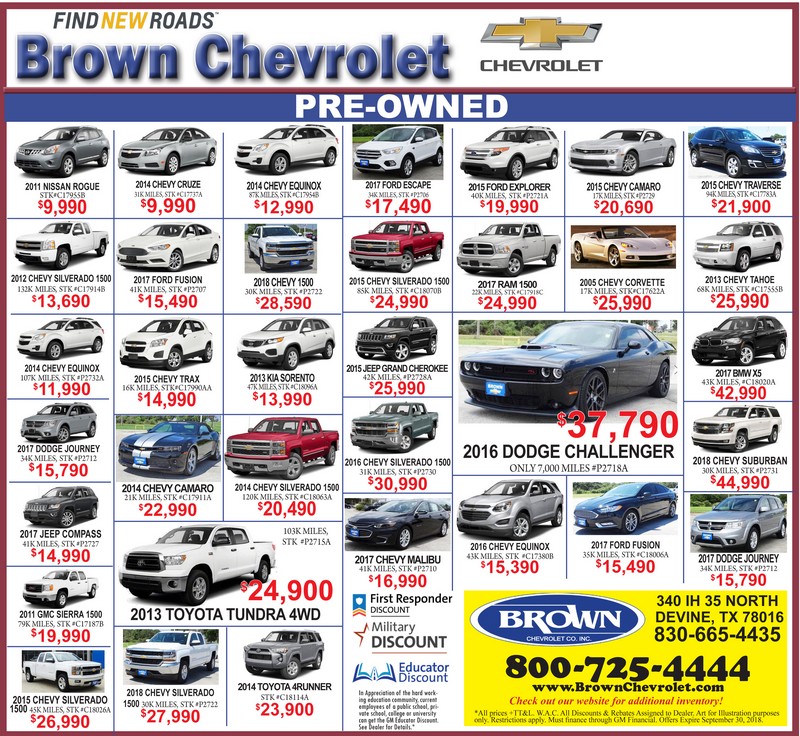