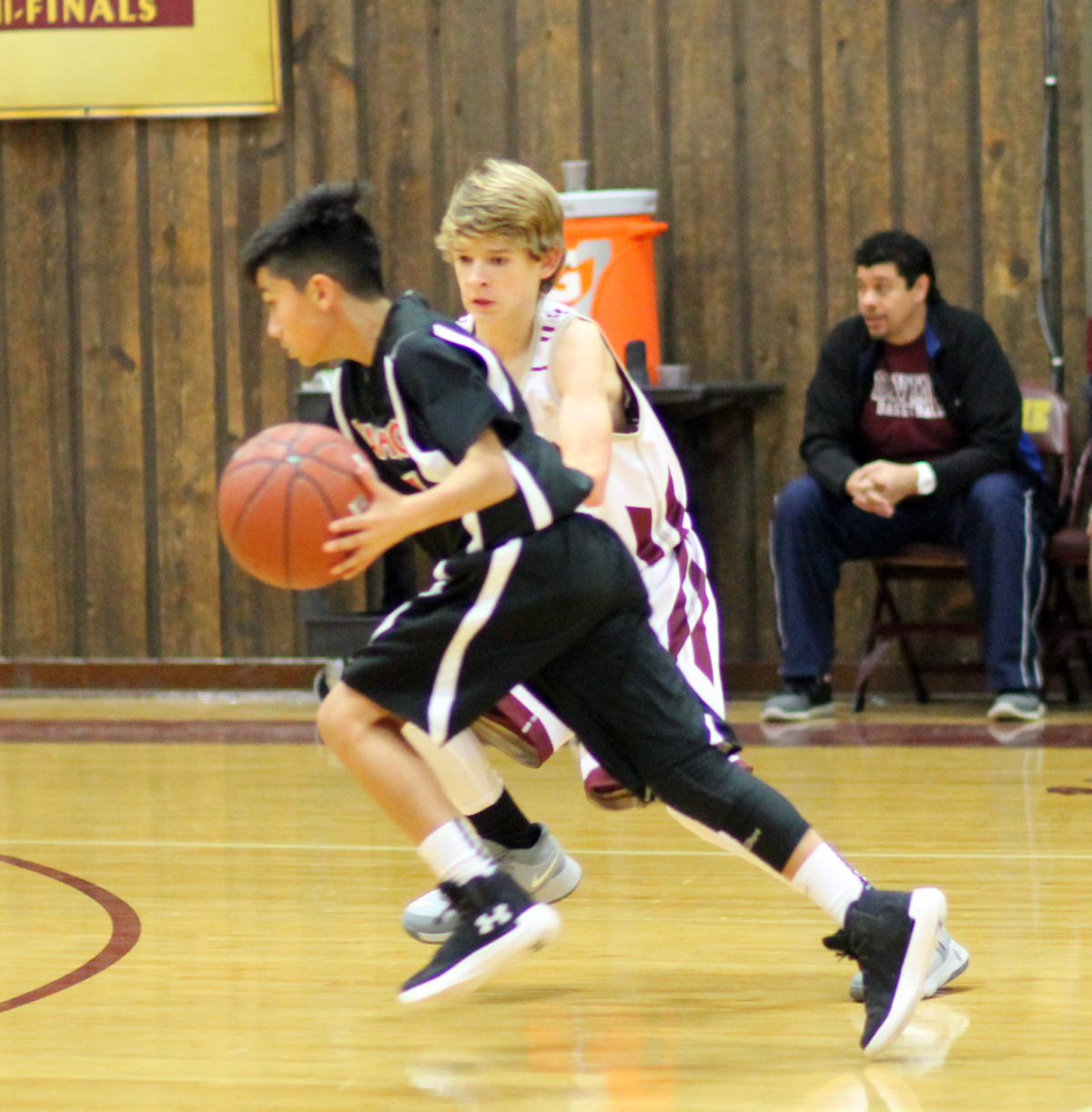 At their home tournament, the Freshmen Warhorses faced Ingram first, coming out strong and determined to make a strong statement. A final score of 54-12 proved how strong they stared the tournament.
Cotulla was a tougher opponent for the young team and the Warhorses lost 51-48 but made sure that Cotulla did not have an easy win. They made Cotulla fight for every point.
In the final match against Hondo, the freshmen just could not keep up the pace they started with. Another loss of 63-40 will not dampen their sprites as they continue with their season.
In their match against Ingram, W. Byrd scored 15 points, M. Madrid had 12, C. Dishman 11, X. Martinez 9, C. Gerlach and T. Seguin each had 4 and S. Schnautz and H. Reyes had 2 points.
Against Cotulla, Madrid had 19 points, Martinez and Dishman 10 each, Byrd 6 and Seguin had 2 points.
For the Hondo game, Martinez had 17 points, Reyes and Madrid had 8 each, Schnautz, Dishman, and Z. Alvarez each had 2, and Gerlach had a free throw.
By Dicy Chambers
Sports Writer