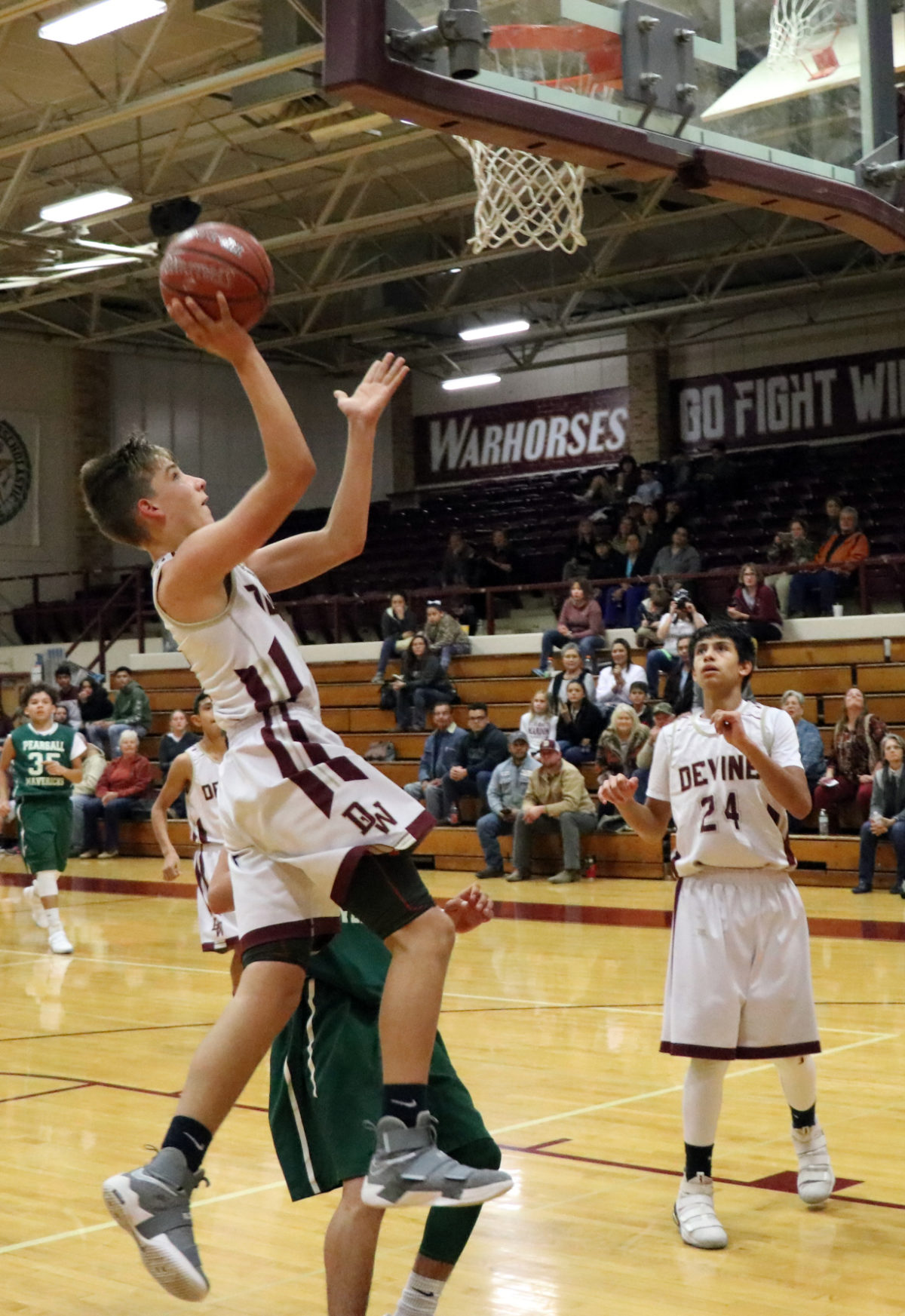 The Freshman Warhorses came from behind to beat Pearsall on January 16th. Leading 6-5 at the end of the first, Pearsall came back and tied it at 11 each at the half. Playing hard in the third they fell behind 21-22. Being Warhorses, the freshmen played with everything they had and came back from behind to win 32-30.
Xsavior Martinez scored the game winning shot with less than 20 seconds left. “Christian Gerlach and Hunter Reyes did some awesome things that will not show up in the stat sheet, but we didn’t win this game without their energy and effort,” said Coach Quenton Sanders.
By Dicy Chambers
Sports Writer