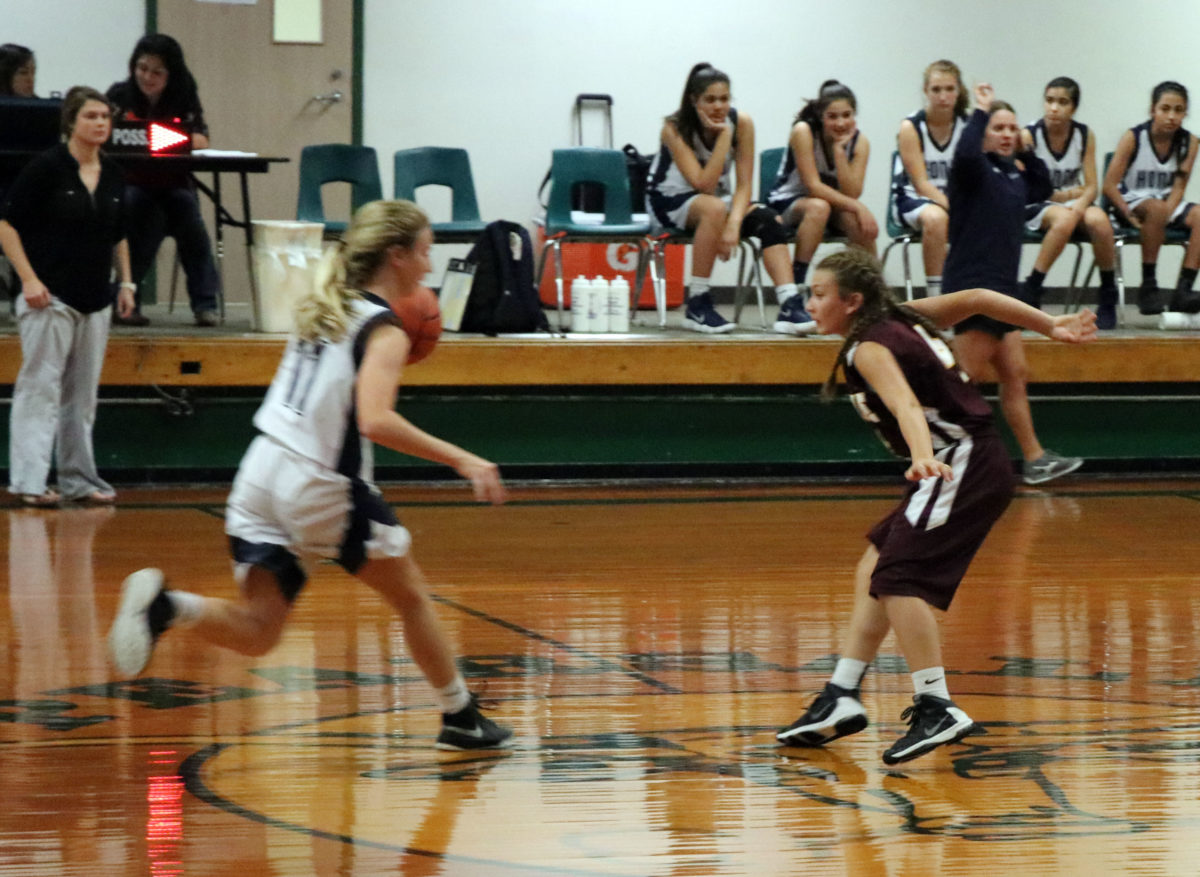 On November 16 and 18 the Freshmen Arabians headed to Pearsall for a tournament and faced Hondo in their first game. Coach Kailyn Miller and her team fought hard but couldn’t get past their hard press and lost 35-19. Jessenia Philippi was able to score 7 points, Mac McClellan had 3 points, Sidney Weyel, JoJo Villanueva, Analea Brooks each had 2 and Selly Gutierrez, Allison Stevens, and Madi Mohr each had a free throw.
They took the hard lessons learned in their first loss and applied them to their next game against Carrizo Springs and won 31-12. Brooks and Weyel each had 6 points, Villanueva, Mohr, and McClellan each had 4, Gutierrez and Philippi had 2 each.
In their last game of the tournament the Freshmen Arabians showed that they came to win and beat Utopia 39-15. Weyel scored 8 points, McClellan had 7, Villanueva 6, Philippi, Stevens, Gutierrez each had 4, and Mohr, Analea Brooks and Pauline Calame each scored 2 points.
“The girls had a great tournament and I couldn’t be more proud of them! They have been working really hard and they are starting to see it pay off!” – Coach Miller