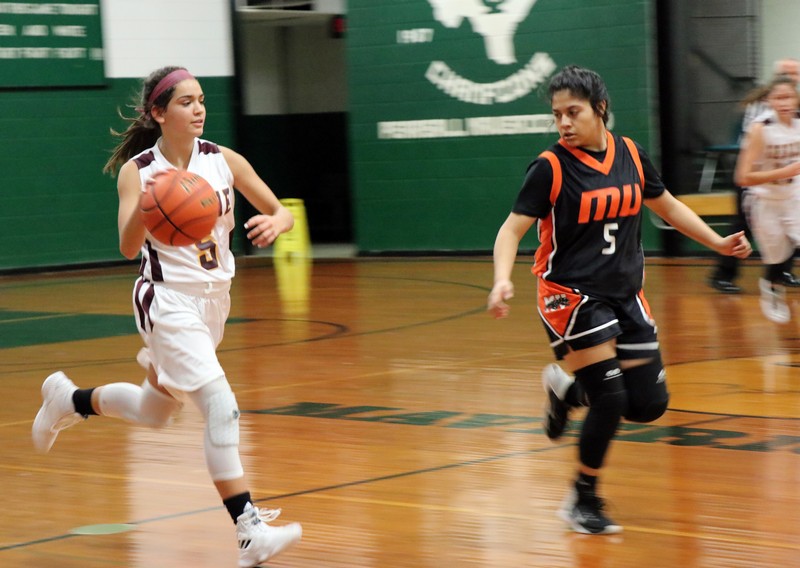 Continuing their undefeated streak, the Freshman Arabians beat Carrizo Springs 45-25. Led by Coach Mark Mangold, these young Arabians were ready to face another district team in a physical matchup.
“The Arabians opened up an 8 point lead 1st period but, were outscored by 4 in the second. We simply got ahead of ourselves in the second period and slipped into a slight panic, but were able to regain our composure during the half. The second half belonged to the Arabians outscoring the Lady Cats 26-12. Yessika Garza was on fire as she drained shot after shot. Lacey Shook put the clamps down on Carrizo’s number one offensive player eventually causing her to foul out of the game. Post play finally got on track and grabbed offensive and defensive rebounds as we rode our efforts towards victory.
There are areas we can improve on but there are not a lot of complaints that come along with an 18-point victory. We’re young and talented and the waves go up and down but with every day we get better and closer to achieving more and more success,” said Coach Mangold.
Yessika Garza scored an impressive 24 points, Lacey Shook 10, Kendall Marek and Kaydi Yeats 4 each, and Cecilia Martinez 2.
The Freshman Arabians have a 14-0 overall record and 2-0 in district. They will face Hondo at home Tuesday night and then travel down to Carrizo Springs on January 25th.
By Dicy Chambers
Sports Writer