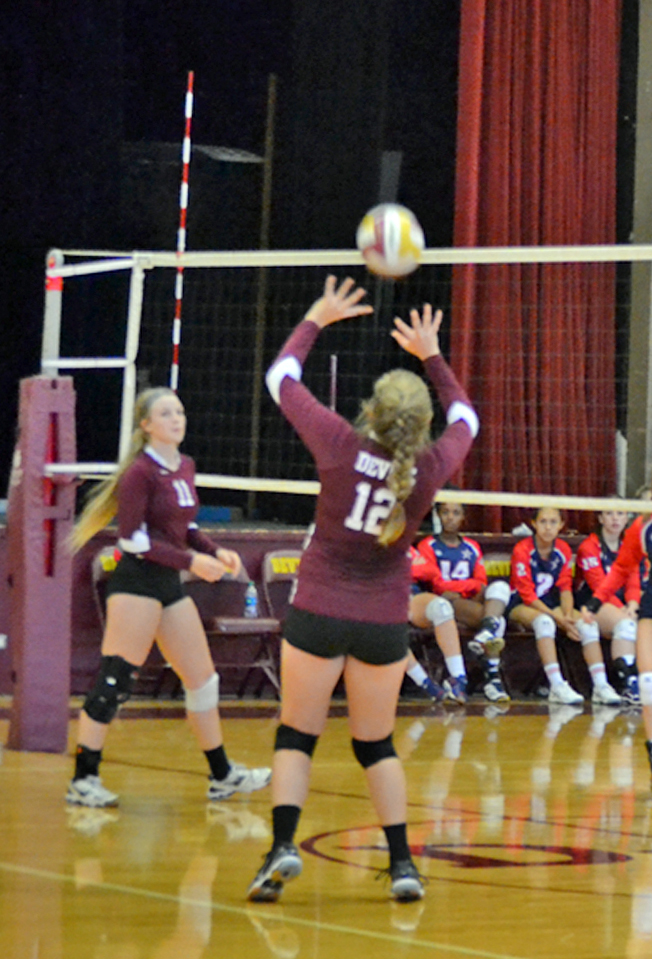 The freshmen Arabians played two teams this week, La Vernia and Holy Cross.
Devine vs. La Vernia
The freshmen fought a hard game but came up short against the La Vernia Bears. They won 2 out of 3 games. The girls came out with great energy and were communicating well. We lost the first set 18-25 due to positional errors. They then fought back in second set and took the Bears 25-23. In the third set, the Arabians had some positional errors again and the Bears were able to read that and tipped continually at us.
“We came out with great communication and energy against La Vernia,” Coach Kim Lane said. “But we also had some errors that prevented us from winning.”
Leading with kills was Laurel Spannagel and Allyson Taylor who each had 6, next was Madison Pike and Brandi DuBose each with 4. They scored 6 aces; Allison Stevens 4, Pike 2, DuBose, Isellia Gutierrez, and Aaliyah Terrazas each with 1. Terrazas went on a run of 5 points also.
Taylor and Pike also had a block against a tough front row.
“Big improvements are happening with the freshmen,” Coach Lane said. “If they will fine tune the details of the game, it will pay off against big teams.”
Devine vs. Holy Cross
The freshmen came up short against a tough Holy Cross team. They lost both sets 14-25.
“We are still struggling defensively in getting to their spots,” Coach Lane said. “We have to learn to anticipate tips in every game.”
Scoring an ace each were both Stevens and Pike, while Gutierrez had a great block. The girls had 8 kills: Taylor, Spannagel and Dubose with 2 each, while Selly and Ramirez each added one more.
“We will have to work hard in practice the next week on communication and moving to their spot every time to get ready for the tough Fredricksburg team,” Coach Lane said. “If they come in ready to make adjustments, we will see positive changes.”
By Abby Kohlleppel
Staff Writer