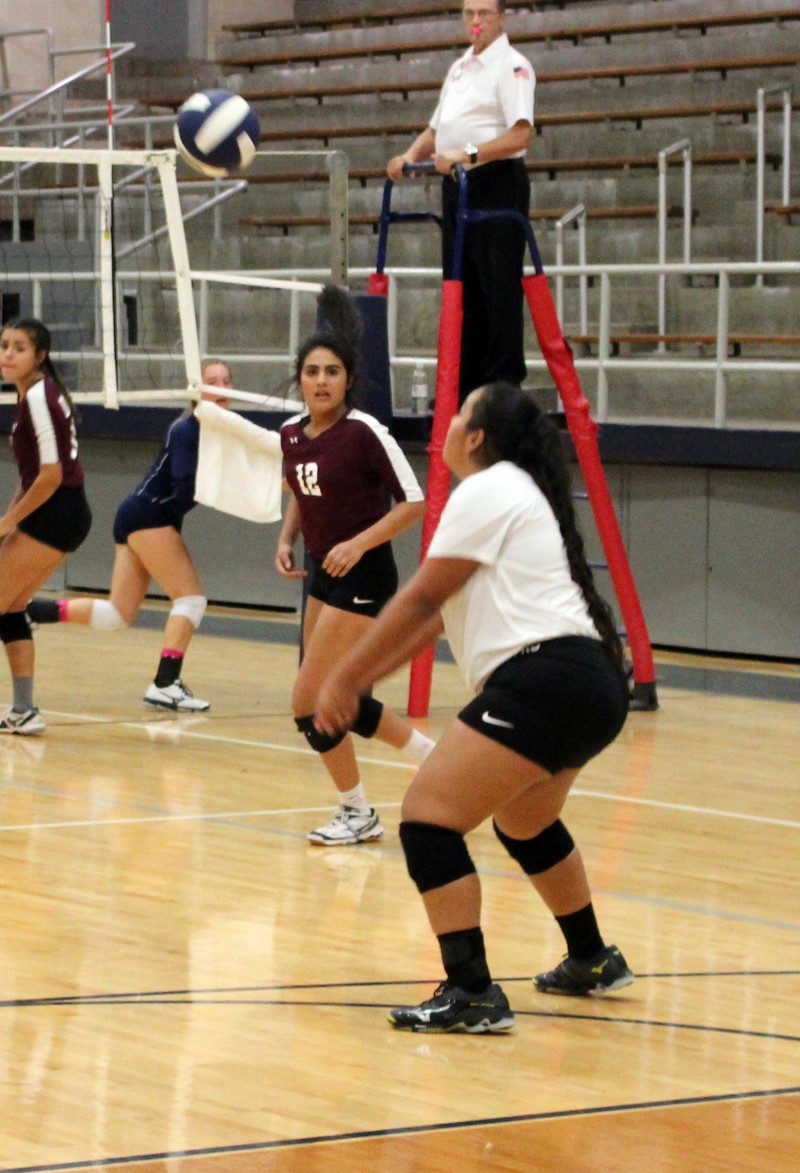 Hondo was a tough opponent for the Freshman Arabians on October 12th. The Arabians played hard but lost in two sets 14-25 and 10-25.
“Our girls were anxious to meet up with Hondo Friday night. Unfortunately, we fell short which took our chances of District Champs away this season. We struggled with communication and playing as a team. Moving forward, the Freshmen will have to come together as a team when they are down and that will keep them from losing focus. The girls learned a lot from this loss, but the real test is if they can take what they learned and apply it to the last few games. If they can, I am confident we will finish the season out with wins,” said Coach Kimberly Lane.
Lacey Shook had 2 aces and Brooklyn Crossland had 1. Kaydi Yeats, Yessika Garza and Bri Torres each had one kill. The freshman’s last game of the season was last night against Pearsall.
Crystal City
The Freshman Arabians made quick work of Crystal City last Friday night, winning in two sets, 25-8 and 25-12. This young team has come together and are finishing their season strong. “The girls have taken what they have learned paired with playing well as a team and put it on the court. I am proud of their accomplishments and I am looking forward to watching their success in volleyball in the coming years,” said Coach Kimberly Lane.
Dylan Reyna, Ana Pompa and Cece Martinez each served 3 aces and Lindsey Herrera 1. Yessika Garza led with 3 kills, followed by Darian Alverez with 2, and Bri Torres, Aleyna Gerlach, Mayah Brogdon, and Lacey Shook each with 1. Last night was the Freshman Arabians’ last game of the season against Pearsall.
By Dicy Chambers
Sports Writer